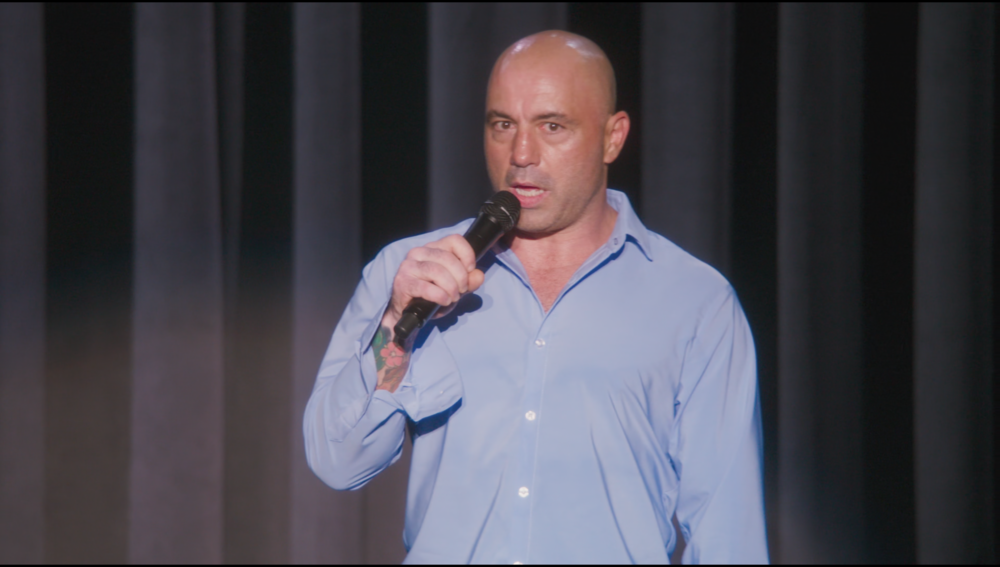 Are you an idiot or a maniac? I know, that's a strange way to start a blog post. But, in all seriousness, it's an interesting dichotomy that shows the ethical continuum that we all use when making decisions and then passing judgment on others for theirs. Let's take a look at this through the lens of two famous stand-up jokes from popular comedians.

The first one I had ever seen using this model is George Carlin. In a stand-up routine he did many years ago, he famously quipped, "Have you ever noticed when you're driving that anyone who's driving slower than you is an 'idiot', and anyone driving faster than you is a 'maniac'?" Most people laugh at the direct relatability ("I do that, too!"), but note that—like most Carlin bits have—there is an underlying philosophical point being made about human nature. In this case, it's about the fact that all of your judgments are not objective but rather relative to you. After all, the only reason that anyone driving slower than you is an 'idiot' is because, well, if they were (smart, knowledgeable, reasonable) like you they'd be driving at a faster speed. Similarly, the only reason someone driving faster than you is because if they were (safer, more risk-averse, more reasonable) like you they'd be driving more slowly. Your judgment of others is based on how they differ from your life decisions.

This is super-fascinating for any amateur philosophers, but there are other spins you can take on this idiot-maniac continuum. Joe Rogan has a related bit to George Carlin's but from the perspective of how you can stay in the middle of this continuum to avoid the harsh judgment from others. In his bit, however, it's an Asshole-Moron continuum: "You don't want your kid to be the first kid that tells everyone that Santa Claus is bullshit because that kid's an asshole. But you don't want your kid to be the last kid that figures out that Santa Claus is bullshit because that kid's a moron." Note that he's speaking through the perception of the community of parents and children as a whole and not his individual perspective. This makes it even more interesting because given that there are many people in the group (and, therefore, a diversity of reasonable times to find out about Santa Claus), only the two extreme outliers are the ones who are judged.

These are funny jokes when taken at face value, but extrapolated to individual perspectives and decisions, they are pretty revelatory. What is the greater spectrum that we could understand based on this idea?

In the ethical realm, there is generally a freedom-safety or a risk spectrum that most people make decisions along. That's the spectrum that George Carlin is referring to in his joke. Any speed would denote a degree of risk that you are taking (and subjecting others to) for the benefit (of getting where you want to go faster). The faster you go, the sooner you get where you are going but the higher probability and impact of a car accident. As a result, anyone who drives faster is a "maniac" because they are taking on way too much risk, and anyone driving slower is an "idiot" because they are playing it too safe (and, ironically, posing a risk to others who are driving faster). The speed limit provides an anchoring point from which people judge: the majority of people will be okay with you driving between the speed limit and 5-7 miles over the speed limit (side psychology insight: everyone cheats a little). Outside of that range begins to increase the percentage of the population putting you in the "idiot" or "maniac" category.

So, here's how you can apply this in your life. If you don't care about what other people think, then all you have to do is make your own personal tradeoff decisions around risk for any situation. Invest in riskier stocks if you can handle the risk/reward tradeoff. Drive as fast as you can afford to from a health/cost perspective. Determine the right freedom-safety balance for how you live your life. These decisions are all up to you.

However, if you do care what other people think of you, then you now have to look from the perspective of your peers when you make any decision along the continuum. If you are a teenage boy, for example, and make too risk-averse decisions, you may be labeled a coward. Alternatively, if you are a teenage girl and decide to be very sexually aggressive, you may be labeled a slut. As we mentioned, some of this is objective and some of it is subjective: sleeping with 1,000 people is going to be seen as pretty high to almost anyone, while robbing a bank is going to be seen as pretty bad by everyone except for gangs.

So that's what insight these seemingly innocuous jokes can provide to your decision making today: you can see the tradeoffs you're making and how to optimize for them, and you can also see how judgment of these might be placed and whether you will/should let that influence your decision at all. Joe Rogan is jokingly advocating for staying within the boundaries set by outliers for the decision he was making; George Carlin is pointing out how someone will likely think you're the idiot or maniac no matter what you decide to do as long as they decide to drive faster or slower than that. Whatever you decide, make sure that it's an optimal tradeoff for you, and make sure that you are either okay with the judgments you'll receive with your decision or that you decide not to care what people think. These two takeaways will help you make the right decision for you and minimize the risk of being judged in a way that you don't want by people you care about.