Life Is Getting Better Every Day 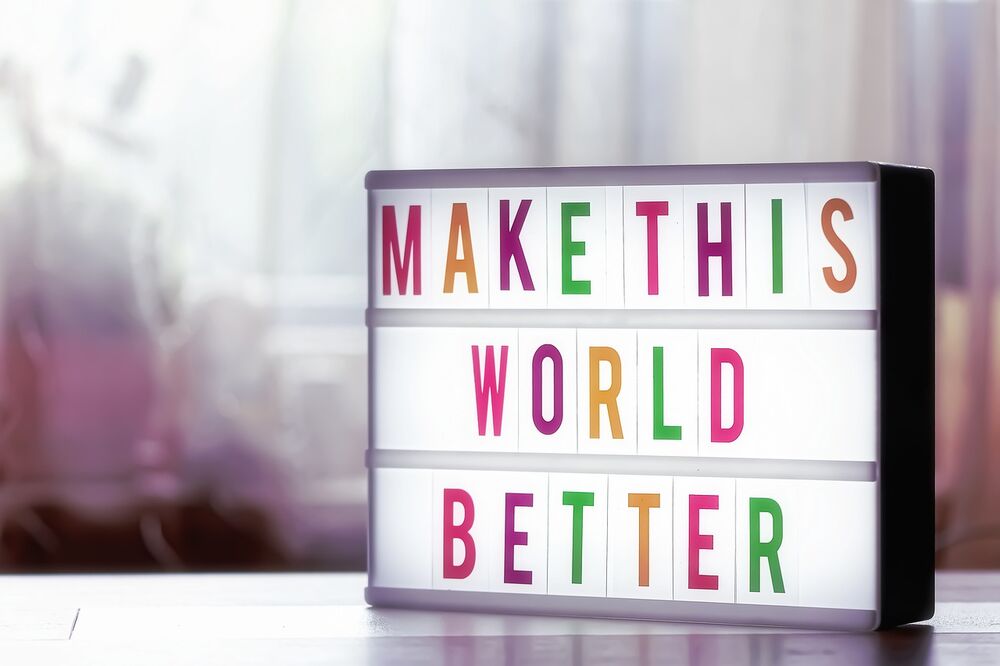 It is easy to get caught up in the doom and gloom that the 24-hour news cycle perpetuates. In addition, there is always the reality as any individual ages that death is the end of the line and can come at any time. So, of course that combination can cause many people to become pessimistic and believe that life is sad and painful. But, as pointed out by many scholars such as Steven Pinker, the world is continuing to get better every day. So what is going on, and why is there such a contrast between how the world is improved and individuals' perspectives about everything getting worse?

Effectively, good news and good narratives do not sell for two reasons:

As a result, good news neither attracts attention nor is ever pushed by persuasive media. You do not see advertisements for competing brands of lettuce, and you do not see as many positive news stories for people getting jobs, donating to charity, or reducing disease rates (unless it pushes the benefits of a specific sociopolitical action that they want to associate with said outcome).

When looked at the aggregate, however, everything is getting exponentially better. World poverty has declined greatly. Literacy and education rates globally have increased substantially. Average life expectancy has increased by decades over the last few hundred years. Many major diseases, from polio to AIDS, have become either eradicated to manageable just in the last century or so. Almost every person in technologically advanced societies has access to the collective knowledge of humanity through a device they can carry in their pockets. The percentage of people who have cell phones, microwaves, televisions, air conditioning, internet, and running water is near 100% (with most people who do not have it being a personal choice). In fact, the world is so abundant that the largest problems in most people's lives is due to having too much: too much food (e.g., heart attacks, diabetes), too much time (e.g., depression, TV and social media consumption), and too much excess (e.g., drugs, alcohol, gambling, promiscuity).

The positive trend of humanity is completely intertwined with the goal of all living organisms—in this case, humanity—to grow and make the future better than the past and present. Parents work hard so that their children can get an education and get a higher-paying job with more free time and a better quality of life. People solve society's biggest challenges so that humanity can live and thrive with less risk and harm than they had seen in the past. Even someone working at a fast food restaurant has a single goal to feed as many people as they can during their shift so that the people they serve can live one more day on this planet and spend time with the people that they care about over a delicious meal. Indeed, life is getting better every day, and it is solely because of life forms' actions to make it better.

Based on this inherent truth about reality, there are three things that I believe that you should keep in mind:

Why are these the three main takeaways? There are a few reasons how this manner of thinking can improve your life significantly and allow you to benefit from all of the improvements happening around the world:

It's amazing how negativity can suck the well-being and productivity from your life without you realizing it. Imagine a legitimate instance of finding out that a family member has passed away and you take off work and grieve for days; now imagine an instance, such as worrying about something that you can't do much about like a faraway war or climate change, that triggers the same response despite the fact that your actions (note: complaining on social media doesn't count) could actually be making your life better or even contributing to a solution to the problem (e.g., donating to the Red Cross, reducing your waste) but the stress paralyzes you to inaction. Finally, imagine that you read bad news or complaining, fear-mongering social media posts every day and get a daily dose of emotional distress that makes your life worse despite nothing bad really happening to you (or, sometimes, anyone) in that moment. It is no wonder why everyone feels worse when everything is getting better.

There is no doubt that many problems are escalating in certain circumstances: obesity, depression, drug addiction, crime, combative rhetoric, and inflation are all examples of acute issues that have seen increases in recent history. But, in the long term, just about every negative outcome has gone down over the millennia. The average person in a developed country today lives like the wealthy class of centuries ago and better than the royalty of ancient times. You can eat cuisines from all over the world with a phone call, store food for months at a time if necessary, avoid just about every hygiene-related illness with the basic sanitation products you have in your bathroom, and you can perform what would've been magic hundreds of years ago by communicating with people all around the world instantaneously and getting to any part of the planet in roughly a day (or, for those who happen to be flying supersonic jets, hours).

In short, life is always improving, and you should remind yourself of that every day to keep a positive attitude and take constructive actions to make the most of your existence in this universe. It's your life; make it count.