Happiness without Growth Is Like Getting an A without Learning 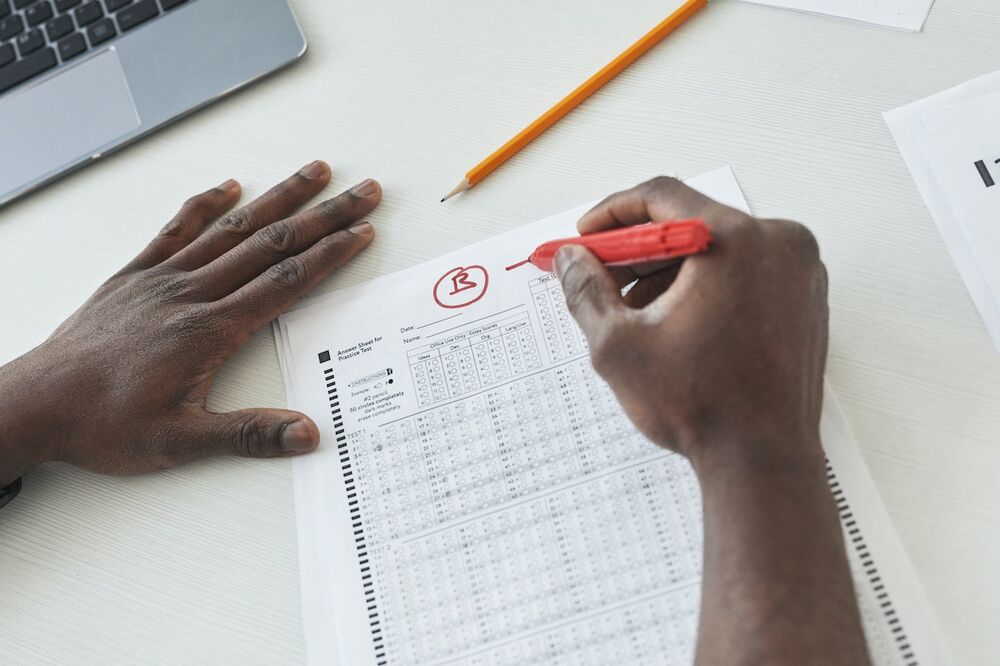 One of the more (in)famous analogies from The Meaning of Life: A guide to finding your life's purpose is the relationship between happiness and growth being like the relationship between grades and learning. The reason for the analogy is that a large portion of the population is married to the idea that happiness is the meaning of life and so no direct explanation that it's "an indicator and not a goal" will make sense without showing them that they do not hold their belief consistently across ideas.

In the analogy, I ask people what the point of going to school is, and they always say, "To learn," or, "To get an education." Because everyone knows that this is the point of school. Sure, there is the after-graduation goal of getting a good job and the before-graduation goal of getting an A, but those are not the immediate, direct point of school. The point of school is learning, and no one disagrees with that. When someone says, "To get an A," or, "So I can get paid," others often note that they're not wrong per se but are ultimately missing the point. That's where the analogy comes in: happiness is the "A" in the analogy, whereas growth is the "learning" part. It is why life being, "To do what makes you happy," is more accurate than, "To be happy," because the point of going to school is to learn, and if you learn you'll likely get an A (barring extenuating circumstances). Happiness and the A are the indicators of growth and learning, but they're not the ultimate point.

The reason for this analogy is three-fold:

The analogy is great because you can really begin to understand ways that you can go wrong, like how you can learn something that isn't going to necessarily make you better off in life or get an A but not actually be very knowledgeable in the field. People often take a multitude of life implications from this, such as making sure that they grow in areas that interest them, that they care more about the growth than the indicator, and that they shouldn't take the easy way out if it won't make them better in the long run.

What is slightly amusing to me, which is the reason for this blog post, is that some people are missing the point of their schooling as a result of the large exchange of money for said education and the fact that the system disproportionately rewards A grades from prestigious institutions in the form of high-paying jobs, status, etc. Recently, I saw a news headline that read, "Students at New York City University Demand 'A' Grades after Faculty Strike."

Now, I'm not criticizing anyone for the incident (the world is way too politicized these days), as it's not for me to judge in my professional capacity whether a group of people deserve refunds or an A given a certain set of circumstances. Rather, the point of this post is that these students are looking at the job prospects and monetary outcomes and want the guarantee that they'll get them with an A grade regardless of whether they actually learned anything that semester. And while of course someone's career prospects are a concern, note the one thing lacking from the demands: the demand to make sure that they actually learned what they needed to learn in their classes. It's all about the money and the grade, turning schooling into a "pay to play" transaction of giving money for the special pipeline into the middle-to-upper class. No "make sure that I learn" message; just a "give me the A" message.

Unfortunately, this upcoming generation that has been taught that their happiness is the most important thing in life are going to treat everything in their lives in the exact same way: "I work, pay taxes, practice self-care, and am a good person: I deserve to be happy." Effectively, they give money to someone, they are now entitled to happiness from them. The meaning that they seek seems to them to be a transaction.

That's why this analogy is so important today: if you get an A but didn't actually learn anything, then you really missed the original intention or point of higher learning. Sure, it might have devolved into a cynical pay-to-play model like we have today, but that doesn't mean that you can't both learn and succeed in your career trajectory. I get that academic success is not necessarily tied to life success and that most people don't retain as much as they'd like from school (as shown by those "man-on-the-street" quizzes), but just because you forget 80%-90% of anything you learn doesn't mean that the 10%-20% can't be life-changing.

Yes, there are times where a, "Screw it...I'm going out with my friends," might be best for your short-term sanity or, "Just write the answer that the teacher wants and regurgitate it," might be best for your academic score to ensure the brightest future. But never forget the point on your journey. In school, it's, "What did I learn?" In life, it's, "How did I grow?" What you become is much more important in the long run than how many times you gambled, got drunk, or had sex. Keep your eyes on the real point so you don't chase the indicator instead of the goal; you'll thank yourself later.