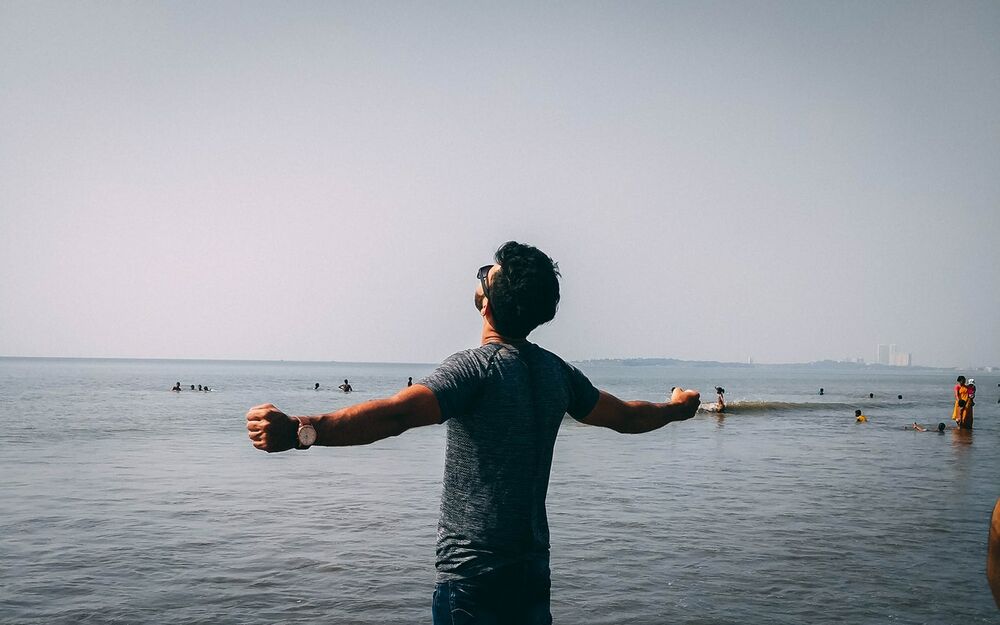 The truth of the matter is that most people, if their excuses went away, would find new excuses. I’ve seen it with myself and with my own life. I’ve seen family members say that they would get another job or do something else with their time, but… I’ve seen people say that they’d love to get out of a relationship with someone, be in a relationship with someone else, or go on that trip they’ve always wanted, but… I’ve even myself said, “If only I had [this amount of money or certain conditions], then I’d truly live my life.” Every single time, I’ve really wanted to see if it were true or not, and it’s been an excuse—not a reason. I’ve said, “What if I could make that problem go away? It doesn’t exist. Then we could do _____!” I’ve even gotten the obstacles I’ve blamed for what I’ve spent my time on, and it’s all the same thing: I’d immediately find another excuse. And another. Until I didn’t have to change. And the problem is, everyone is like this.

There are two real factors at play behind all of the excuses: risk and effort. On the risk side, there is always the possibility that taking an action has a risk of a negative outcome. Do you want to free solo El Capitan? You could die. Do you want to change jobs? It could cost you a lot of money or career trajectory. In anything you do, you could fail. This is especially important if you, say, have children and don’t want to risk being unable to feed them if you move to a new place without a job. On the effort side, there is always a hurdle—both physical and psychological—to making a change. It would take you longer to go to a gym, sign up, and get many workouts in than it would take to just go home and watch TV. Note that the amount of time is often the same (or even more—think procrastinating for hours to avoid doing something that would take 20 minutes), so it’s just the effort doing something you don’t necessarily feel like doing if you aren’t made to do it.

And that’s the point of this article: to get what you want out of life, you have to do the things that will get you that. If you’re not, you’re not truly living; you’re surviving. If you want to travel, how are you saving/acquiring the money for it? If you want to go into a new profession, how are you gaining the skills or taking the steps necessary to make the change? If you want to write a book, have you acquired a laptop, software, a quiet place to write, and a couple of hours per week to get started? It’s planning and taking that effort—or, technically you don’t even have to plan if living is being spontaneous…as long as you’re not taking on more risk than you’re comfortable with—that will get you moving toward your goal and living a life of purpose. And, yes, you’ll need to take on risk: you will make mistakes; you might look dumb or crazy to others; and you might fail and have to try another approach or something else.

In short: to live your life, you have to live your life. You need long-term goals that you’re working toward, and you need to be willing to make the right trade-offs between different areas of your life and short-term vs. long-term benefits of your behaviors to your health, happiness, and well-being. You need to do things now that help you feel fulfilled, and you need to do things now that will help you feel fulfilled in the future. It cannot be all self-sacrifice or you might crumble when things begin to stall or crumble, and it cannot be all pleasure now without caring about the future at all or you might wreck that future. You have to think about your life as what you want, what you believe, and then the risk and effort you’re willing to accept to take those steps to move forward.

So stop thinking in term of roadblocks because they become excuses that stay with you forever and become habits that you hold long after that excuse might go away. The truth of the matter is that if you want something and believe badly enough, no roadblock would stop you. You would find a way. So if you are making excuses, then own them. Either say a hurdle is there and so you’re going to do something to get over/around it, or say that you’re deliberately going to wait and monitor for conditions to change and have a plan for when it goes away. That’s no longer an excuse because you were willing to do the effort and are willing to take action. Instead, it’s a condition you’re factoring in before moving forward. Either take the action directly now or do the planning so that when you can take action, you’ve been “preparing your whole life” for it. Live your life, and you will begin to feel like you’re living your life. There is no other way, and no one can do it for you.