Life Is Not a Zero-Sum Game 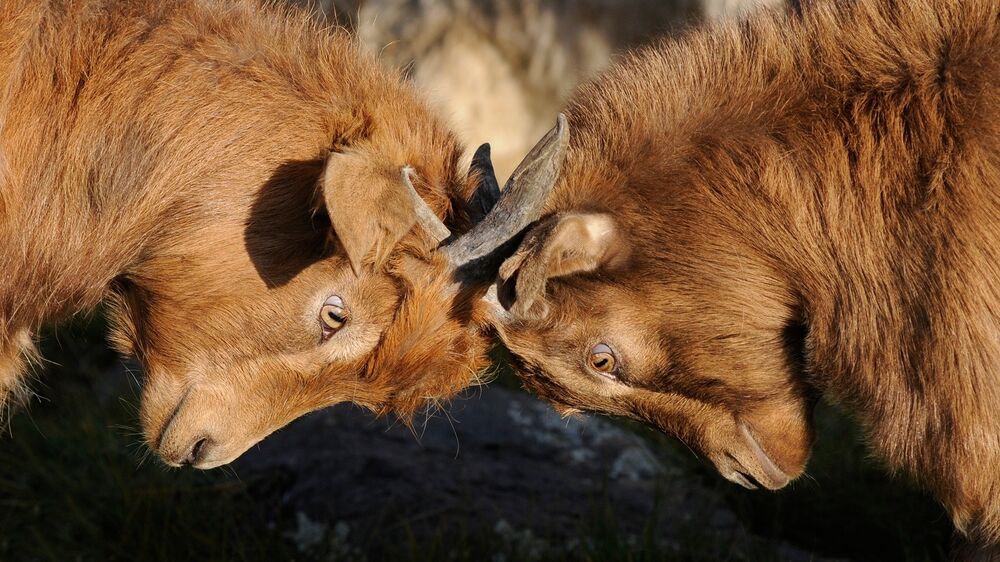 Life is all about growth, but we live in a world with a near-incalculable (i.e., how many bottom of the ocean?) number of organisms on it, all competing for growth-enabling resources.  Trees compete for sunlight, animals compete over food and water, and some animals have to eat others to survive.  Naturally, it would seem that the fight-for-your-life nature of reality would make it seem like a zero-sum game where there have to be winners and losers.  Well, not entirely.

Life evolved not just to be better able to survive in the environment and amongst other creatures but also to cooperate with other organisms to maximize growth and minimize harm.  Wolves hunt together, and buffalo travel in herds.  It’s cooperation that makes social animals more capable of survival in the environment.  But it’s also that growth and cooperation over survival and competition that means that life is not the zero-sum game that it appears to be.

In humans, “cooperative competition” (meaning agreeing to compete within a set of rules) evolved to keep people fit for survival and hunting purposes.  Humans had to practice their physical abilities in safe ways that wouldn’t get them killed.  The result of that non-lethal competition is that everyone got better, including the best competitors.  But the cooperative nature of humans is still engrained as well: humans need to be fair and reciprocal without harming each other so that they can preserve the group.  No one can cooperate without trust, and no one can have trust without the agreement not to harm each other.

Most modern competition works this way.  Businesses compete by providing products and services that are better, faster, cheaper, or different than others, and customers choose which ones they want to consumer and complete the transaction by exchanging money for them.  The business owners don’t fight to the death to see who gets to continue operating.  Sports involve people following rules to see who can perform the athletic feats the best.  As a result, the typical sporting event doesn’t end in one of the competitor’s death.  So all competition involves a degree of cooperation, and everyone (e.g., competitors, fans, society) benefits as a result.

Unfortunately, some people—due to having a past trauma or experiencing a betrayal—still believe that modern human society mirrors the everyone-for-themselves model of earlier organisms.  While it is true that people sometimes cheat in competitions and try to get the most from a relationship or transaction for as little in return (even if it’s at someone else’s expense), it is not as severe as the harsh conditions of early life forms.  As such, life is not a zero-sum game as many treat it as being; in fact, it’s very much win-win in most respects.

Take everyday human life in modern society.  When you wake up in the morning, you usually don’t have to worry whether you’re going to die that day.  Before civilized society, there were billions of years where organisms would have no idea when their time was up.  When you go to a store, they let you pick up the items you wish to purchase before paying.  It’s commonplace now, but do you know how amazing that is now?  A long time ago (and even today in some industries like drug dealing), you would have to pay first and hope that the vendor didn’t screw you over.  So every day that you live on Earth, you benefit from the billions of people working together to make everyone’s lives better.  You have police, fire, education, and public works services even if you don’t pay taxes.  You are safer because your neighbors will look out for you and call the police if they see suspicious activity.  Without doing anything, you are benefitting.

With cooperation, everyone can be better off.  If you can make $50/hour writing a computer program, you can spend 8 hours writing computer code and then go buy a sandwich instead of having to grow, prepare, cook, and transport the food yourself.  Literally, with the push of a button, you can have food at your door in 30 minutes.  Our ancestors would think that this was magic.

And so the idea that we live in a zero-sum world is wrong in today’s society.  I can work, earn money, and trade with someone else, and we’re both better off than if we had to do everything ourselves.  Despite popular opinion, no one is “screwing you over” as long as you have multiple options for what to do and choose to purchase the product or service in front of you at the agreed-upon price, quality, etc.  Multiple restaurants can co-exist, as can multiple cell phone providers, multiple banks, and multiple construction companies.  Yes, in the short term there is scarcity and the potential for one company to run another out of business, but in the long run at an aggregate level, everyone is benefitting from the cooperative work and competition.

So if you think that you have to screw someone over for personal gain, think again.  You can start a business, pay fair wages, and succeed even if other businesses also do well.  As long as business ethics were followed, rich people aren’t taking money from other people; they earned it by performing work or providing a product or service as did you.  Unless you are in a head-to-head competitive sport, you can succeed without someone else necessarily failing.  Everyone can graduate from high school or college as long as they all meet the grade requirements.  Everyone can have a job without someone else never being able to get one.  Most importantly, if you make others better off, they will often make you better off in return, either through a mutually agreed upon transaction or via social reciprocity.  Life doesn’t have to be full of winners and losers as long as everyone does what they want to do without hurting anyone else.

Note that there is one exception to this idea: other people who have a “dog-eat-dog world” mentality.  Those people will try to take advantage of you and screw you over, pointing to their ideology as the reason why it’s fair.  Absolutely, you need to watch out for these people and avoid trying to cooperate with them (which, ironically, reinforces their belief that people are out to get them since the cooperators are all avoiding them—this is why it’s important to have positive beliefs!).  Feel free to get things in writing if you’re worried about there being miscommunication (at best) or malice (at worse).  It’s okay to protect yourself or “trust but verify” just so that you’re not taken advantage of.  But just because some people cheat some of the time does not believe that all people cheat all of the time.

Life is not a zero-sum game, so help others and receive help.  You’ll be better off, and so will they.  Don’t try to gain at others’ expense thinking that’s the only way that it has to go down.  You’ll be better off in the long run if you believe in the win-win and find it.  You might not always get to the best outcome for everyone, but more often than not you’ll find ways to make every party better off from the interaction than  they were before it.  Because the point of life is growth, life is, in effect, a “net-positive game” and not a zero-sum game.  Start acting like it, and you’ll see your life improve along with others instead of at the expense of them.

Previous Neuroscience and Determinism
Next Sacrificing Your Ethics for Your Ethics