Believing What’s True vs. What Benefits You 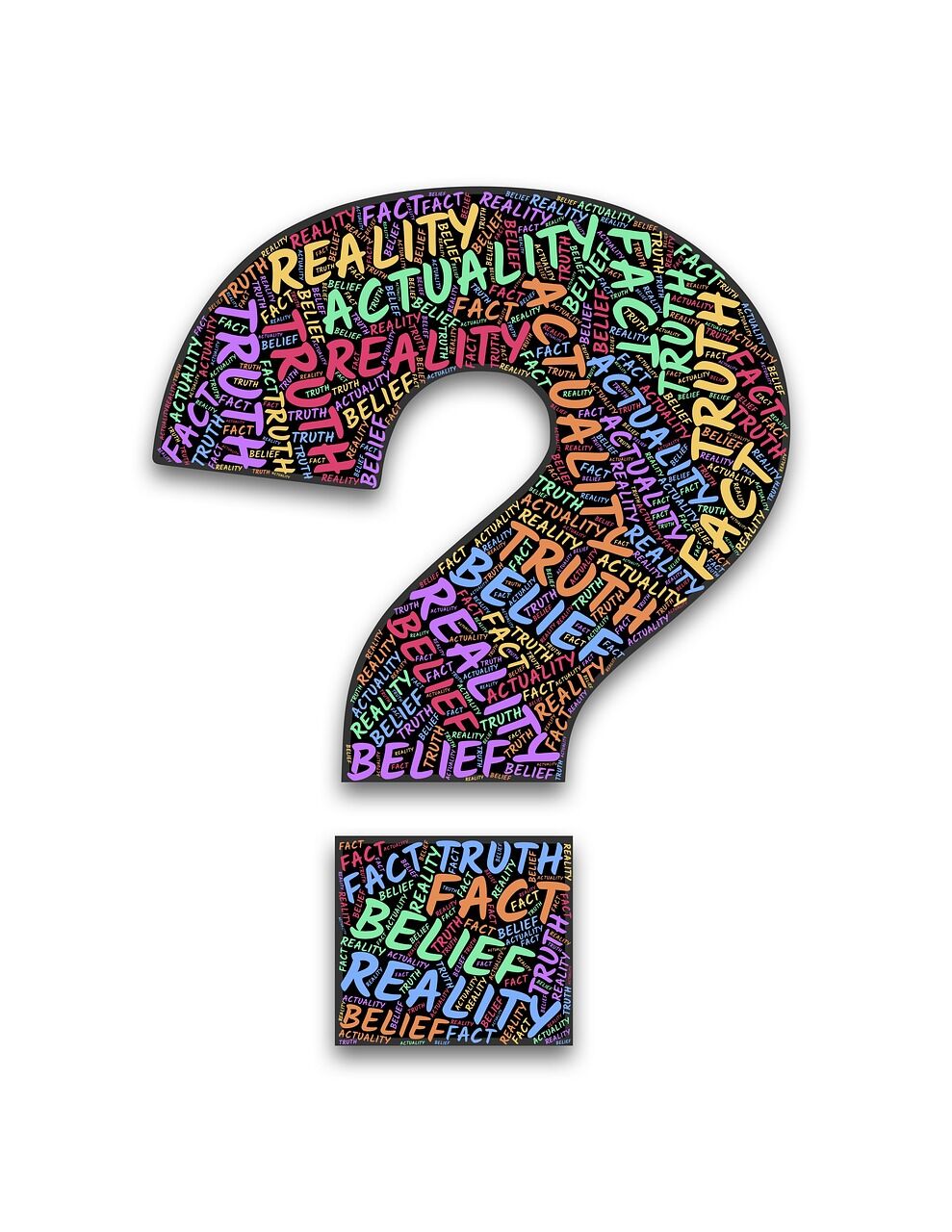 “Should you believe what’s true or what benefits you?  What’s true, of course!  What a stupid question!”

Okay, well what if someone just had the greatest failure or disaster of their lives and the truth is that their life will never be the same again?  What if their dog, friend, or family member just died and you have to decide whether to tell them that all we can prove is that people die and that’s it vs. telling them about how you believe in the possibility that they might see them again in an afterlife?  Possibly, this is not as easy of a question as it seems.  Let's explore it a little.

First, there is the obvious dilemma that most people face: tell the truth, or spare someone's feelings?  Anything from answering the question, "Does this dress make me look fat?" to explaining what is going to happen to a family member or pet who is going to die.  While many people laud honesty and the truth, few would argue that the answer should be, "Yes, you look like you're pregnant," or, "Well, Grandma's heart is going to stop beating, the oxygen will slowly drain from her capillaries, her cells will starve, her brain will begin deteriorating, and she'll become a heap of dead matter in a few minutes.  We're then going to burn her body in a cremator where she will remain ashes until enough people die where she is put into a landfill or spread amongst a field or over a body of water in dramatic fashion." (clearly, I'm being graphic to make the point)

The second is an even more important dilemma: believe in what is real in the her and now, or believe in the potential future?  This is arguably more important because the first example only affects someone's emotional state for days; the second example could change the course of your whole life.  So which option is correct?

Well, the answer is simply that you have to find the balance between the truth and what leads to the best outcome—i.e., feeling good or maximizing the probability of success.  Why isn't it just telling the truth no matter what?  Well, honesty is an ethic because it is the basis for cooperation: you tell the truth, and your friends tell the truth.  If you can't trust others, then you cannot cooperate with them and society falls apart.  However, if you are both following the same rules of telling "white lies" or trying to be positive even when that might not be seen as being completely honest, then that is actually perfectly in line with universal ethics.  Contrary to popular opinion, honesty is not a universal ethic: just see whomever was lying to the Nazis or to slave patrols about whether they were harboring Jews or slaves, respectively.

The reason why honesty is the right thing to do most of the time is that other people are generally being honest to you and expect fairness and reciprocity in their dealings with you.  So if you reciprocate being polite and sugar-coating the truth, then it follows the fairness and reciprocity ethics, which supersede the honesty ethic.  Not to mention the minimal harm ethic, which supersedes most ethics and is the ethic invoked when telling a "white lie" or softening your language.

So, we've established that telling the truth—especially the blunt truth—isn't necessarily the right thing to do in all circumstances.  So what about just believing whatever you want to believe?  Well, there is clearly risk on that end.  The most obvious example is that believing you can fly by flapping your arms could kill you if you decide to jump off a cliff and try it because of that belief.  Again, the point is more about the overall benefit or harm over whether it is true.

What are we left with, then?  A delicate balance of believing whatever can improve your life over the truth up until the point at which the truth becomes safer.  In that flight example, believing that flapping your arms could allow you to fly could kill you, but the Wright Brothers' historic flight shows that you have to believe in the "impossible" if you want to make the world a better place and live up to your full potential.  The Wright Brothers had little money or support, and they certainly could've believed that they had no chance compared to the Samuel Langleys of the world.  In their case, the "truth" probably had way more barriers and obstacles than holding beliefs that would benefit them such as that they could achieve controlled flight with a heavier-than-air craft.  In the case of a family member dying, it might well be better to believe that it is possible that their pain is gone and that they are in a better place so that you have time to process the emotions associated with the loss.  Are those true?  Well, maybe or maybe not.  But they lead to better outcomes.

Where that balance is between not believing that flapping your arms and jumping off a cliff will work and believing that humans can fly if you could just invent an aircraft...I have no clue.  I just know that this is the balance you have to strike in your life.  Why?  Because if you keep looking at your current state and believing that it is what it is, then you might start to adopt false beliefs that it's impossible to improve your situation in the future.  And while the former might've been correct, the latter is incorrect.  So it's more beneficial to be an optimist and a believer if it keeps you moving forward toward success, meaning, and fulfillment.  In that case, being a "realist" is a limiter to your growth potential.  Alternatively, you don't want to hold beliefs that are false and could harm you, like the fact that you could catch a bullet with your teeth.

I cannot tell you where to draw your line, but I can tell you that everyone who has told you that the cold, hard truth is best has just as much of a risk of failure as someone who seems to live in their own fantasy land.  Absolute truth—if there is such a thing—is not always the most helpful to achieving your goals.  Sometimes, the beliefs that can propel you to a better future—based on factual evidence or not—are more important than believing in what you or most people think is true.  Whichever you choose, make sure you hold beliefs that are most conducive to your growth while minimizing unnecessary harm.

Previous Facts, Conclusions, Recommendations, and Actions
Next Where Psychology and Spirituality Overlap