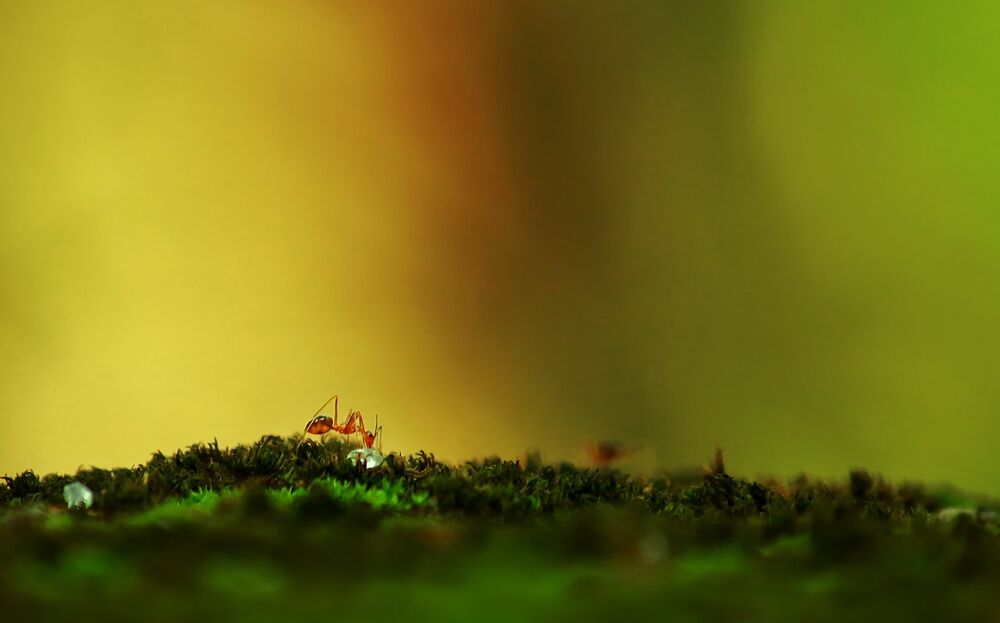 Setbacks can hit your psyche pretty hard.  Major losses involve mourning and recovery processes.  New roadblocks require resilience and new strategies.  When success requires desire and belief, evidence to the contrary of your progress toward your goals can be difficult to look past so that you can retain your will to carry on.

As a result, you see evidence of people all of the time trying to adopt or encourage others to maintain an unwavering laser focus on the goal.  One of the most popular examples of this is the American football cliché, “Great quarterbacks need to have a short-term memory,” referring to the idea that if a quarterback throws an interception that they have to start the next drive fresh or risk the frustration of the previous play hurting their performance.  The point of the saying is that no matter how bad the event was, the only thing worse is letting it negatively affect you when you are still in a situation where you need to be at your best.  A good real-world example of this is war, where seeing someone that you care about die right in front of you would under normal circumstances be cause for days, weeks, or months of mourning and yet in battle you have to keep fighting as if nothing happened or put yourself and your fellow soldiers at greater risk.

If you’ve ever accidentally stepped in the middle of a line of ants, you know that they immediately, almost automatically try to get around the obstruction and keep going.  This happens even if you just stepped on a half-dozen of their peers.  While they might scramble a little to avoid themselves getting harmed, many seem to continue on as if nothing happened, walking around and continuing toward the food source or to their colony to provide the necessary resources to sustain themselves.  They don’t stop and reconsider the nature of their existence or wonder what it’s all about.  They have one purpose: complete their task for the good of their group.  As such, almost anything can happen to them and they will keep on their mission.  Evolutionarily, they are pretty equipped to have a singular purpose, as they have techniques such as pheromone emission to direct their actions.  No matter what happens to them, they immediately scramble to protect, recover, and continue on their mission.

We can learn a lot from that mentality.  If you have a singular (see what I did there?) purpose, you do need to act very much like an ant and remember that no matter what happens, your only option to continue toward your goal is constructive action.  Yes, you absolutely need to protect yourself and your loved ones, to take time to rest and recover, and to respond where appropriate to adversity.  But in a civilized society, destructive actions are almost always counterproductive, as are negative emotions once you have done whatever you can in the immediate term to reduce the impact of the setback or loss.

Let’s take a real example: you fail a test in school.  You can quit school, you can drop the class, you can resign yourself to the failing grade and continue to fail it until the semester is over, you can go get drunk…or you can choose the best approach to succeed through the failure.  It might be getting extra credit.  It might be studying harder to get higher grades for the next semester.  It might be changing majors to avoid poor grades by going into a field that you have more interest in and will study harder for. These are all constructive responses to get to a better outcome versus avoidance or wallowing in self-pity behaviors that do nothing at best or are self-destructive at worst.

Yes, you definitely should have healthy outlets to process your emotions, such as sleep, exercise, social events, and fun activities (which can include alcohol or other pleasurable experiences as long as they aren’t overused as a crutch or escape from life).  But those are simply to keep your “head straight” or to make sure that you maintain the mental health and will to move forward; anything done beyond that is counterproductive.

So when the world seems to be crumbling around you or you experience a great setback, it might seem reasonable to dwell in the past or what could have been, but it’s much more productive to return focus to the task at hand and keep moving forward.  Ants, while they don’t have the constant potential for negative self-talk that humans have, are great examples of the approach that you might need to take to a situation or even to life to get through the toughest of times.  You see “ant-like” behavior in athletes, in soldiers, in leaders, and in the most successful people in their fields.  Whether they make a huge mistake or get snubbed for an award, they know that the only thing they can do to make the situation better from there is to shake it off and try to make things better with their following actions.

As a final note, remember all of the “reframing” you can do with yourself to maintain perspective on your life when you go through these things so you can return to a constructive mindset.  If you are experiencing difficult financial times in a first-world country, remember that you are in the top 10% or even 1% of world incomes and it’s a privilege to live the life you lead.  That’ll keep you overweighting a “not a big deal in the grand scheme of things” event like seeing someone who might have a better job than you or being passed over for an award, recognition, or promotion.  You can always get a better job.  You can always get another award, recognition, or promotion.  You’re surely not going to get that stuff if you quit or act destructively, however.

Similarly, if you have a health issue, be grateful if there is a cure or treatment.  Think about the time you’ll have to learn a new skill or spend time resting that you might’ve missed out on working so hard for so many years.  If you lose a game, remember that there’s the rest of the season to worry about or next season.  If it’s the loss of a loved one, remember that it might hit others hard as well and that you can find great meaning and emotional strength in helping others.

So whenever something happens to you, remember the immediate, protective and constructive responses of people who act like ants, such as soldiers, athletes, leaders, and first responders.  You can’t control everything that happens to you in life, but you can control how you respond: you can control how you digest, rest, recover, and/or constructively move forward.  Train yourself to always think about how you can make the situation better even if it’s getting worse through unfortunate events or others’ behaviors.  Honestly, it’s the only thing you can do that will make things better.  It’s what the greatest success stories point to as being key to their success: resilience.  Be like an ant.  Keep moving forward no matter what, and you’ll survive and thrive in life and succeed in your goals.

Previous Freedom vs. Safety: The Ultimate Trade-off
Next The Purpose of The Meaning of Life Blog