“They” Are Not Necessarily Hypocrites 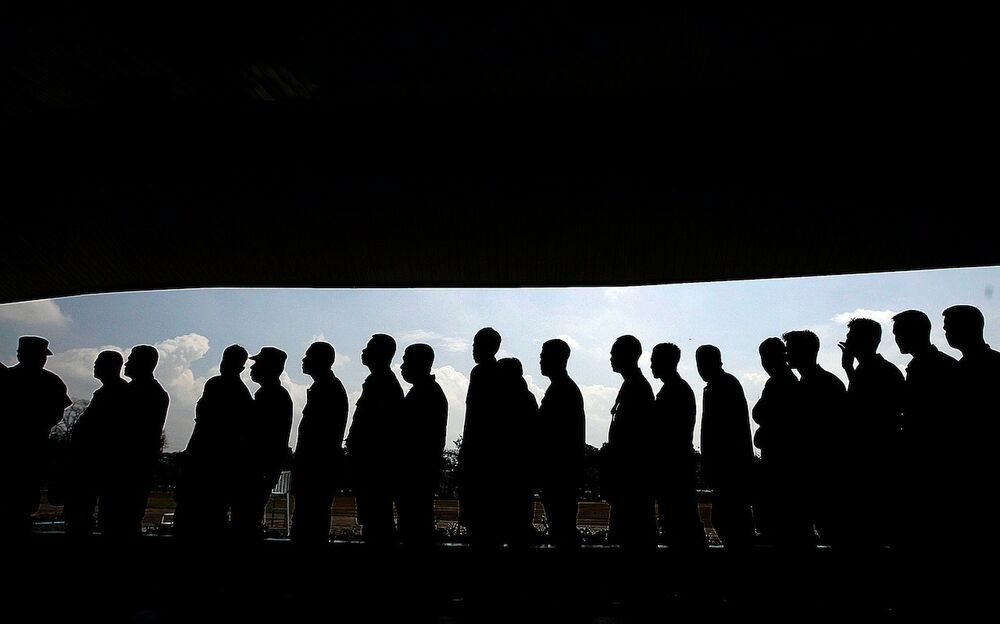 A popular movie trope is commonly known as the “pronoun game” where one or more characters refer to another character without naming them. This film technique is used mainly for two reasons:

Mystery or confusion is the goal of such device, and it affects how the audience perceives current and future events. Often, the revelation is a big plot point in the film, from a character that the audience thought was dead coming back to an awkward moment where the protagonists expected someone completely different than who actually appeared before them. From the filmmaker’s perspective, however, it is a quick and easy way to set up an unexpected situation for the characters and/or the audience.

What many people don’t realize is that this device is used in a different way for the purposes of building up a person’s story or argument when trying to change your point of view. For example, sports teams will pull the “nobody believed in us” card to hype up how much adversity they overcame in their win. Clearly, at least one person on Earth thought the win was possible or even likely, but they are referring to the majority of sports analysts and personalities predicting that they would lose. But the most common and the most dangerous of them all is when people say, “they [said/did one thing], but then they [said/did a contradictory thing].” This is a narrative device used in argumentation to accuse the opposition of being hypocrites, and it is misused very often to push the arguer’s point.

So what is often wrong with this argument? Usually, the argument suffers from three problems:

The first one is probably the most common when it comes to what political parties, sports analysts, and the media. You might hear exasperated media cynics say, “First they said coffee was good for you, then it was bad for you!” A defiant sports fan might scream at their TV, “The team loses and they said the season was over; now it wins and they say it is Super Bowl-bound!” It is likely in these cases that there are completely different sources behind this information. The coffee studies were likely done by different scientists and reported by different reporters. The analysts apparently changing their tune could just be the reader consuming different sources at different times. “They” are different people being conflated to be the same people.

The second is just as likely, as people try to simply things into absolutes: “good” and “bad” or “right” and “wrong”. But life doesn’t work that way and is more likely to have pros and cons to discuss about any situation. So a sports team might have strengths and weaknesses, and sports analysts are more likely to highlight a team’s strengths after its wins or its weaknesses after its losses. A team generally also makes more mistakes when it loses—or those mistakes are just more heartbreaking because they cause the loss. Similarly, one coffee study might be about cancer risk, whereas another might be about heart attack risk. Therefore, both studies can be correct, and you will have to make a decision of how to categorize coffee based on whether you want the increased risk of one thing with the decreased risk of another.

The biggest example of complex, somewhat-conflicting points usually reside in politics. The one that I see most frequently is when someone does not want the government to be involved in something but, because of the law, complies with the law and benefits from it. That is not hypocritical but is often pushed to look like it is. For example, if someone wants to be able to choose which school their kids go to but they follow the law and go to the one they are assigned to, it doesn’t make them a hypocrite: they are forced to take that action. Following the rules now while pushing for changes to them is what most unsatisfied-but-law-abiding citizens would do. Similarly, if you are generally against restrictions to trade but vote for a bill that does just that, it doesn’t necessarily make you a hypocrite because government bills can have dozens or even hundreds of various factors that go into them. In fact, one of the biggest manipulative tactics in politics is the “Good Thing Bill (Stuffed with Pork)” trick: name the bill after the positive thing that everyone wants and then put a ton of things that either do something completely different or possibly even do the opposite. But, as mentioned before, people cannot handle the complexity and so simply say, “The person says they are for Good Thing but voted against the Good Thing Bill! What a hypocrite!”

The third problem with the hypocrisy accusation is that it doesn’t necessarily make the arguer right. In theory, the “my opponent’s a hypocrite” tactic serves both to discredit the opponent and imply that they secretly agree with the argument when it applies to them. Both sides use this in the abortion argument: “That politician says they are against it, but when they got their mistress pregnant, they got one!” vs. “They say they’re for the right to choose but they’d never do it themselves. Why not? Because it’s deeply immoral and they know it!” So, yes, it is possible that an argument like this points out a hypocrisy, but it doesn’t necessarily convert someone who disagrees with the arguer. It is more about getting people who agree with them to support and praise their stance.

The biggest flaw in this approach is that it often doesn’t logically or rationally support your argument’s validity. To take a less charged example, if someone praises showing up to work on time and then shows up late, that doesn’t mean that showing up on time is a bad thing. If someone says to go to the gym three times per week and then doesn’t, it might mean that they aren’t as disciplined as they claim but it doesn’t negate the fact that exercise three times per week is actually good for a person’s health. So calling out hypocrisy does not necessarily support the arguer’s point even if it’s true.

Be aware of when people are doing this in life because people are trying to shape your ethics, beliefs, and decisions and actions with this persuasion technique. Sure, if you already agreed with the original position, it might seem like it didn’t change anything, but it might radicalize you and make you hate the supposed “hypocrite” and begin to behave worse than you would have if you just simply disagreed. There are plenty of videos of politicians and political pundits harassed and even attacked because a simple disagreement turns into “the other side is outright evil and needs to be stopped” ideas that come out of personal “Oh, the hypocrisy!” attacks on them.

People are going to disagree. People are going to live their lives differently. People are going to make complex decisions given mountains of information that result in nuanced, possibly even conflicting positions that will seem bad or wrong to someone with different information, beliefs, ethic prioritization, or capabilities. The most important thing to remember is that it’s usually not that one person has ethics and another doesn’t; it’s that they prioritize one ethic over another. For example, someone doesn’t hate the environment if they don’t vote for an environmental bill; they just prioritize the ethic that no one should have the power to take money from anyone else and “pick winners” in the private sector as to which organization receives those funds to produce the environment-saving solutions. Someone who votes against school choice doesn’t hate children; they just believe that establishing standards and not letting people go to bad schools is best for society. It is your job to make the right decisions for yourself and to make a good case if you need others to agree for rule-setting. But everyone who disagrees with you does not have to be evil just because they disagree with you; society and social circles cannot function effectively that way.

I know that I certainly can’t stop you from using a hypocrisy argument if it works, but I hope that I can at least help you think critically about others’ hypocrisy arguments and see when they are conflating people, mistaking complex decisions for hypocritical ones, or when their argument isn’t necessarily right even if their opponents are being hypocritical.

As for anyone who says otherwise…they don’t know what they’re talking about and probably don’t practice what they preach, those hypocrites. (kidding)