The Ethics of Selfishness and Altruism 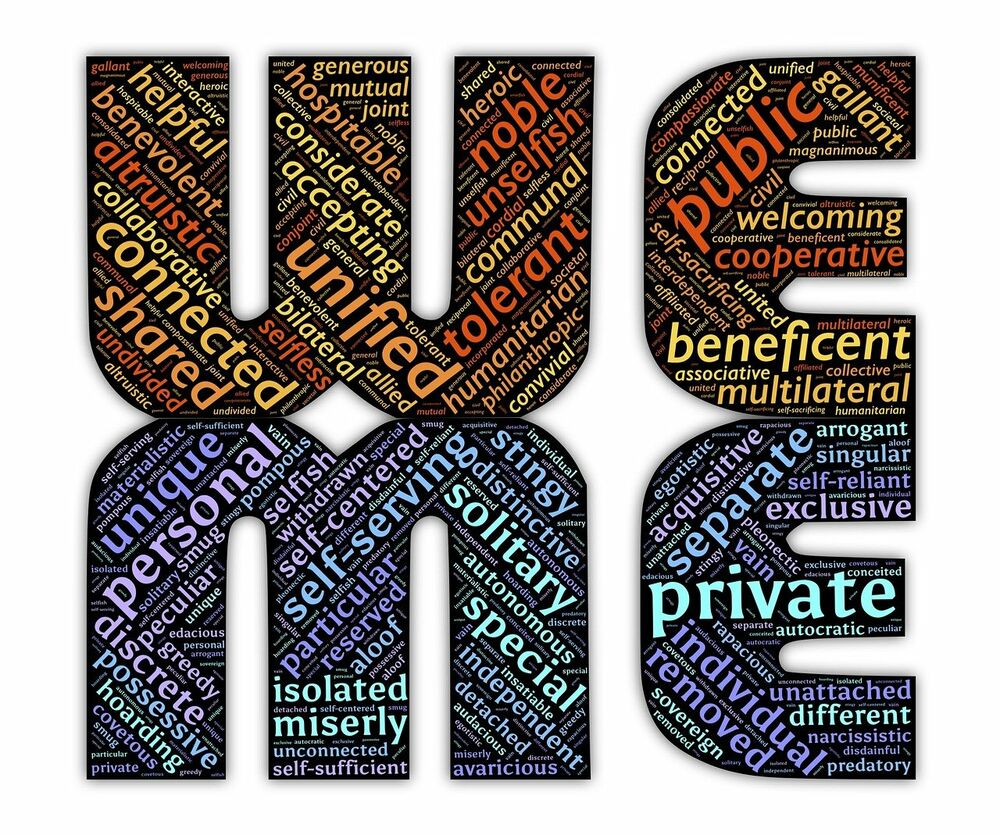 Selfishness is bad; altruism is good.  That's probably what you've heard your whole life.  Do kind things for others, and you are a good person; if you focus on yourself, you are a bad person who will live a lonely life.  While there is nothing wrong with helping others, it is strange how warped people's view of these concepts have become.  Let's break down these ideas and correct this simplistic, erroneous view.

For the sake of this conversation, we're going to look through three lenses: yourself, another person who is judging you as good or bad, and people in general.  For example, you volunteer at a soup kitchen, help others, and have someone tell you how virtuous you are.  You are helping others, others are being helped, and the judge is deeming your actions ethical.  Let's take what people say and then evaluate the reality of the situation.

In common usage, selfishness means only caring about yourself and not caring about others.  Altruism means helping others even if you have to sacrifice.  So, if you are selfish, you are deemed to be a bad person, and you are deemed to be a good person if you help others.  However, if a person expects you to be altruistic toward them, then that person is being selfish.  So, that person can only want you to sacrifice yourself for people who are not them lest they be seen as selfish—unless they're in need, in which case they have a right to be selfish.  If you are in need, you have a right to be selfish and others who are well off have to be altruistic or be shamed.  Does this logic hold up?

Well, no...not really.  You have to care about yourself and take care of yourself.  If you don't take care of yourself, then you become a burden to others.  So, you have to be selfish; the "put your oxygen mask on first" rule on airplanes is an example of how you cannot help anyone else if you do not ensure that you are okay first.  The clear line where it becomes morally wrong is when you do something that benefits yourself at others' expense.  In other words, as long as you're not hurting anyone else, you can pursue your own interests.

The blurry line is to what extent you have to help others.  If you see someone drowning and do nothing, you might be seen as immoral even though you didn't do anything to hurt them.  It's not so simple, of course, as you might also drown if you jump into the water to save them.  While you owe people nothing in this life, there are many times where the average person will deem it reasonable to act to benefit someone else at personal inconvenience or risk.

Now, let's look at altruism.  Altruism, of course, is fine when someone can help someone else given their abilities and interest.  For example, they might help a friend move because of their friendship or tutor a student because they love math.  There's nothing wrong with enjoying helping others.  Helping others at personal sacrifice is a personal choice and is lauded because society wants to encourage these acts to maximize them, but it is not a requirement to be a good person.  On the contrary, if others begin to expect you to sacrifice, then they become immoral and you become resentful.  Not to mention the fact that if you continue to sacrifice yourself for long enough, you might become a burden on someone else while thinking you deserve it because of how altruistic you are.

As you can probably see, altruism isn't necessarily all it's cracked up to be.  You need to take care of yourself, and you shouldn't let yourself be taken advantage of.  Also, you don't always have to help others without expecting anything in return: modern society revolves around the fair exchange of money, labor, and/or products so that both parties in the transaction feel that they are better off from it.  While occasional altruism is nice to help someone in need, too much can be as harmful as too much selfishness.  Resentment, being taken advantage of, wearing yourself out, and not getting what you need and having to rely on someone else's altruism are all possible negative consequences of too much altruism.

Let's return to the various scenarios from the three points of view.  If you work hard and earn money, you are earning a living, helping others in exchange, and the person judging you will likely not think of you as either selfish or altruistic.  If you volunteer, you'll sacrifice your time while helping others, and the person judging you will deem you altruistic.  If you focus on yourself when someone else is in need, they'll tell you that you're being selfish by not helping them.  If the other person's bad or lazy behavior led them to be into that needy situation and you don't help them, they might say that you're being selfish but are actually the ones being selfish by expecting you to bail them out.

It's those two major scenarios:

While this might have all sounded like common sense so far, there is one area where many people get selfishness very, very wrong.  There’s nothing wrong with having the drive to succeed and accumulate assets, wealth, or whatever else you want as long as you’re not harming anyone else in the process.  This sounds simple, but there are many people who think that, once you accumulate enough through your work, that you should be forced to be altruistic.  As long as you earned your money legitimately, this is wrong.

If you worked 16-hour days every day for 7 days per week, then you've sacrificed your whole life for others.  You've just happened to earn money while you were doing it.  Imagine you taking a week off to take a luxury vacation or buy an expensive watch and someone calls you selfish.  You literally spent 2/3 of your life working and helping others, and you finally want to spend one week doing something for yourself, and someone else tells you what you should do with your hard-earned money.  The only person who is immoral and selfish in that scenario is the judgmental person.  They are trying to make you feel bad, and they are trying to control your behavior and your money.

In other words, don't let people try to shame you into behavior that they deem acceptable if you are not hurting anyone else.  If you take care of yourself and are a net positive to society with your work and other activities, then you are fine.  Yes, you may wish to have higher ethics that bound you to help other people when you have the means to do so and judge people as immoral who do not, but that’s your ethical line to draw.  Others might do that, too, but it does not mean that you have to cave to their shame.

Most importantly, don't get manipulated by people who put themselves in positions of need and then accuse you of being selfish for not helping them.  They might be in need, but it's not your job to constantly fix their problems; at some point, it might be the right thing to do to let them handle their problems themselves and learn to stop their self-destructive behavior.  It is not wrong to take care of yourself, and you do not have an obligation to help others when you likely spend 40 or more hours per week doing so already.  It is also not necessarily virtuous to self-sacrifice if you are enabling others or hurting yourself where you need others to sacrifice for you.

In short, be selfish until you are strong enough to be willing and able to help others, and help others until the sacrifice is too great where you will no longer be able to sustain it.  And, if you constantly find yourself needing help, it might be time to rethink your worldview and start helping yourself and others before you go accusing everyone else for being selfish for not helping you.  If you're expecting others to sacrifice for you all the time, then it's you who are the selfish one.

Previous Is There a Higher Purpose?
Next The Limits of Financial Growth