The Limits of Financial Growth 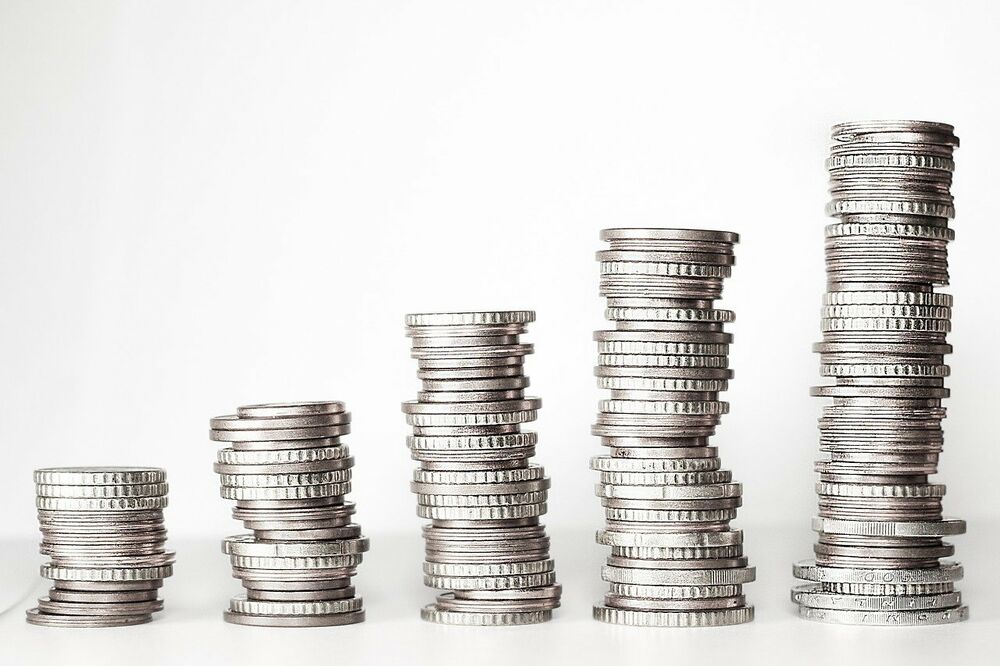 Money is today's medium of exchange for goods and services provided and received.  It's definitely much more convenient than trying to figure out how many scarves should be traded for five pizzas—let alone finding someone who has or needs that many of each item.  The solution is elegant: convert your scarves into money by trading with someone who wants them, and then find the pizzas you want and buy them with that money.

Modern use of money has gotten into somewhat of a predictable pattern for most people: borrow money for housing, vehicles, and education, earn money over a lifetime until those are paid off while saving for retirement, and then retire when enough money is earned where they can live the rest of their lives without working and, possibly, with care or assistance.  In other words, people only work as much as they need to afford the lifestyle they choose to live, and that is about it.  There are other things in life, such as family, friends, travel, and hobbies, that take priority once enough money has been accumulated.

Which raises the question: is there value in earning more?  If not, then why do some people continue to earn more money than they need?  In the latter, should they feel obligated to do something with that money once they have more than they need?  Let's take a look into these questions.

Is There Value in Earning More Money?

Money is almost always a means to an end—the main exception being the security, success, or pleasant feelings associated with accumulating it.  Most studies show that money is a way to become happier, as it allows you to afford the goods and services that you want and need.  You can actually survive on very little: Ramen noodles cost a fraction of a dollar per pack, water is cents per gallon out of the tap or at Wal-Mart, and you can live pretty cheaply if you look (apparently, the average 1-bedroom apartment in 2021 in East Grand Folks, MN is $442).  While it's not much, it'd only cost ~$7,000/year to live with cheap food, rent, and basic utilities, which is much lower than the ~$15,000 earned on minimum wage.  Of course, if you want healthcare, cell phones, a car, a child, etc., that would add up to be much more.  This is why happiness increases with income up into the upper 5-figures and lower 6-figures until it flattens out: money reduces the stress associated with unexpected life events that could require it, and it also provides for a quality of life that is more pleasant.

So there is value in financial growth in terms of reducing the risk and impact of stressful events and increasing the frequency and quality of happy events.  However, there is almost always a tradeoff between earning money—usually because it requires effort—and spending time with family or on other interests.  So, at some point, many people eventually reach a point at which they are satisfied with their income or income trajectory and stop seeking additional financial growth so they can grow in other areas.  Wherever you choose to stop pushing further in the financial space is up to you.

Why Do Some People Continue to Earn More After They Have What They Need?

So, if everyone has a point at which additional money would not help them with other areas of life such as family, then why continue pursuing it?  Well, there's a misconception that most people have as to what money truly represents.  The common understanding of money is that it represents work that you didn’t want to do turned into permission to get food, clothing, shelter, and other needs so that you can live the life you want the rest of the time.  While that is true for many people, there are others where this viewpoint is not accurate.

In a free-market capitalistic society where all exchanges of goods and services are voluntary, money represents value delivered to others.  They’re effectively “I owe you”s.  If someone gives you $5 for a cheeseburger, then you provided a product to them in exchange for an "I owe you $5 worth of service" note that you can turn in to others for goods or services in the future.  In this model, the more money you have, the more value you delivered to someone else…and the more value you can receive from other people.

Looking at it from this angle, if your life was to provide service to others, which many people believe is the case, then what is wrong with working harder and harder at delivering service to others and, as a result, earning more money?  In reality, nothing.  Most people think of day traders or scam artists when thinking about wealthy people who make money where someone else has to be worse off as a result, but in business, everyone is better off: one person receives a good or services they want, and the other is wealthier.  And, unlike altruistic service, the person providing the service has more money to put into the business so that they can employ more people and provide more service—or, they can choose to give that money away, save it/loan it to others, or spend it on others' goods and services.  There is so much more value delivered to society as a result of growing wealth.

Yes, there are other reasons to accumulate wealth.  Some people are competitive, have an ego, or want the social status aspect to making money.  The improvement in social status or the defining of success as being the best in doing business are other forms of growth that massive wealth enables.  As long as they’re not hurting anyone, there’s nothing wrong with earning wealth for those reasons.

That said, one of the main reasons that people continue to earn money after they surpass their ability to spend it is because they likely got rich doing something that they loved to do, put their heart and soul into it, and were able to earn money while making other people’s lives better.  That’s in stark contrast to people who do something they hate for a paycheck that they spend in its entirety before the next one.  In this situation, once the person has “made it”…why would he or she stop?  With more money, you can help more people, explore new ventures, and throw money around to see your ideas come alive!

Likely, wealthy people have a completely different mindset with different priorities.  The super-rich don’t really watch too much TV/YouTube, spend time on the Internet, or go out to bars.  They work, they spend time with their families, and they maybe do some traveling or social events where they’re networking or have to be “on” while they’re there.  That’s not counting the fact that they’re responsible for thousands of people’s paychecks/livelihood, that people come to them for help, and that everyone thinks that they owe society.  If they retired and hid on their compound, they’d get so much flak from literally everyone—so there’s a social pressure there, too.  The rich can keep earning because they choose to spend their time in ways that earn it and don't mind the tradeoffs.  In a free society, people who want to relax and watch TV are welcome to do so, and people who want to work and continue earning money are welcome to do so.

Once the assumptions that work is boring and unfulfilling, that money is earned by scamming people/taking advantage of them, and that people would ultimately do nothing if they had enough money, there isn't much left to cause someone to question why some people would continue to focus on financial growth once their needs are met.

Should Someone Feel Obligated to Do Something with Money They Don't Need?

The short answer is, "No," but this requires a long explanation because of how many people think that it just feels wrong for someone to be wealthy when so many people are in poverty.  Let's list all the facts that are necessary to preface a long answer with to understand the answer:

Let's put all of the above together: rich people have already delivered much more value than they’ve received from society, no one can agree on when you should start feeling guilty for being wealthy, most of the wealth isn't liquid, rich people already pay a fortune in taxes, any money they spend themselves would be better than money taken, the people being helped with the money would be better helped with an income-earning job, and it would be a gross violation of civil rights to tax someone at 100% (i.e., being forced to do something with all of their excess money after they earn a certain amount).

Knowing all of this, the question is shown to be based on a false premise.  The money that rich people hold is never not being used.  It's either being loaned to others, employing others, donated to others, or invested in others.  So, in general, there's no need to take it if it's already doing so much good.  But the core of the issue is that money earned ethically has already been earned as a result of delivering value, so having money that was earned be taken away under the logic that they owe someone else is nonsensical: the fact that they have money is the very indicator that they, in fact, already delivered value to someone else in exchange for it.

Coming back to the point of whether there should be a limit to what people seek to earn, who wouldn't want to be able to loan more, employ more, donate more, or invest more if they could?  There is value in quality of life to a certain point, but that flattens out.  Instead, there is the meaning and significance of that money after that point, and the richest people in the world find value in earning that money and using it to help thousands or millions of others with the money, the business it's invested in, or what it's spent on.

Many others choose to focus on other growth areas after a certain point, and that's fine.  Financial growth, after all, is just one of many, many forms of growth, and most people will not find it worth losing the time to earn more money instead of doing other things that they want to do in this lifetime.  But for those who do find value in it, more power to them.  It's up to them to determine what is meaningful for their lives.  Just as someone wouldn't want to be judged for wanting to spend their time doing whatever they please, the wealthy shouldn't be judged for their focus on ethical financial growth.  There is a limit to whether it will matter to most people, but for some there is great meaning in earning money and providing value to others through business.

Previous The Ethics of Selfishness and Altruism
Next Do You Need to Analyze the Nature of Your Existence to Find Your Purpose in Life?