Why People Try to Change Others' Beliefs 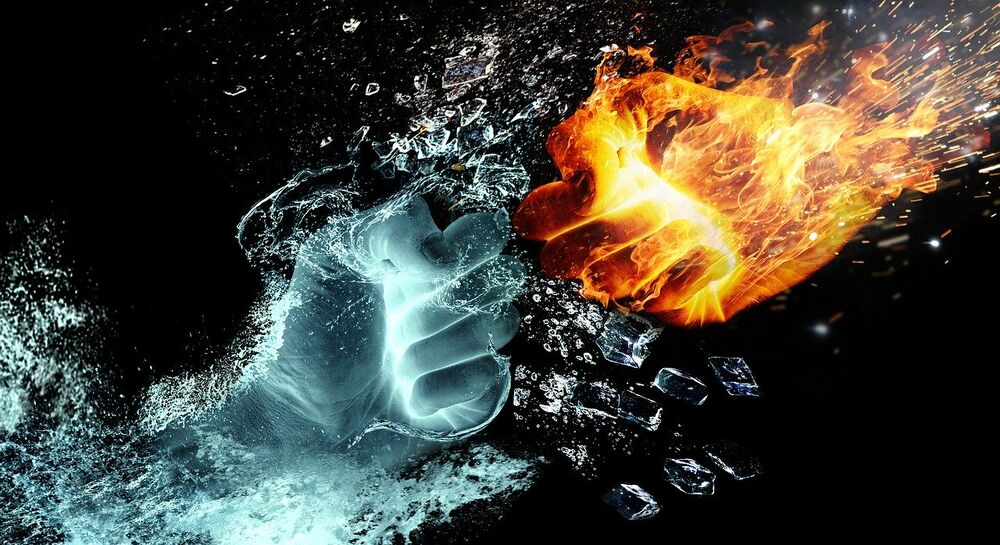 Note: I intentionally use contentious issues in this post to dial up your emotional state so you can feel the pull yourself that people get to change others' beliefs.  I made sure to include both sides of issues so as to not inject my own views or influence anyone's beliefs but also to ensure that I triggered the emotional response of seeing a perspective that you disagree with.  Please do not take anything written below as my stance for or against any of the issues I mention.  You have a right to your own opinion, and my primary goal is to help people think about problems without influencing them with my own beliefs.

My seven-year journey to writing The Meaning of Life: A Guide to Finding Your Life's Purpose had its fair share of difficulties in doing the research.  There was how to ensure that I was being as objective as possible and not trying to influence anyone's specific life choices, which required repeated checks for terminology and conclusions that might assume a certain worldview.

One thing I learned is that you can't completely eliminate all assumptions, as I had to presume that human rights were a given for me to define ethics as doing whatever was best for your growth without harming anyone else.  If you don't believe in human rights and equality under the law, then who care if you hurt certain people while achieving your goals?  While the worst experience was the deep, dark hole of ethical battles that I subjected myself to for almost a year while rewriting and editing the Ethics chapter, the most interesting full circle I did personally was in writing the Belief chapter.  Given the world we live in today, I thought it would be worth explaining a little bit about why we are where we are—not via a historical analysis like most journalists would do but rather a logical one.

Let's start with beliefs as I define them in the book.  A belief is anything that you accept as true.  Knowledge is a subset of beliefs that you can prove or verify, though knowledge can become a belief as soon as you are no longer certain.  For example, you know the sun will rise in the east and set in the west unless the Earth was hit by an asteroid since you last checked (doubtful).  You also know that you turned off the stove since you recall turning it off before you left your house.  However, since those events could've happened since the last time you checked, they're technically beliefs as long as you aren't observing them in that exact moment.  Someone could've turned the stove on while you were gone, and (however unlikely it might be) the Earth could've been tilted or (more likely) the world could've invented a new system where we no longer define east and west the same way.  The point is that you can't know everything and everything is subject to change, so beliefs fill in the gaps where your knowledge ends.

So you might know that the Earth is round and (to add something controversial to get you to feel the anger when someone disagrees with what you know to be true) has warmed slightly over the last few decades, but some people do not believe those things that you can scientifically prove to be true.  Why should you care what they believe?  There are many reasons, but regardless of the initial causes, there are two root causes at the center of it all:

Now, those two beliefs are obviously just one belief inverted: you hold any belief because you think you're better off believing it than not.  It's that simple.  After all: if it made you worse off, then why would you believe it?  If you believe you can do something, it's because you want to stay motivated toward your goal.  If you believe you can't do something, it's to protect yourself from harm, pain, embarrassment, or wasted time and effort from trying and failing.  That's the only reason you believe anything, and so you want to believe the right things for your own benefit.

Logically, then, you want everyone else to believe what you believe because if it's best for you, it might, therefore, be best for others.  Also logically, if they believe something different, then they might take an action that you disagree with that might lead to a result that you disapprove of, and you'd rather just avoid that by changing their belief (vs. cleaning up the mess they cause) if it causes harm.  You don't need a history degree of the history of religion, politics, and ethics to see how straightforward the reason for conflicting beliefs is.  What's interesting is why people have different beliefs and ethics, and why they'd work so hard to change others' beliefs to the point of doing things they know are unethical to accomplish their goal.

All knowledge and beliefs are formed through life experience.  If you put your hand on a stove and burn it, you'll learn that stoves are hot when you turn them on and then know that in the future.  When you don't know something for certain (and don't have time to experiment via the scientific method), you think through what you do know and then draw a conclusion about or conjecture what is likely to be true given what you do know and the best guesses you can make about what you don't.  So, people with different beliefs are simply coming to different conclusions because of different facts/knowledge, different experiences, and different assumptions.  If you've never studied astronomy or seen a globe, you might not know that the Earth is round.  If you're a sheltered prince who was never let out of the palace, you might not know that poverty exists.  As a result, you get groups of people who belief in different things based on different knowledge bases.

This difference in beliefs gets dialed up significantly with things that science cannot (dis)prove yet, like whether the universe was created by a deity or not or whether there's a non-physical realm where people go when they die.  But the one that seems to be dialing up the conflict in modern times is a difference in values.  A value is anything that you place significance/importance on, like your life, family, property, etc.  Ethics, which are rules we follow to grow without harming anyone else, are derived from values.  The reason why we have different ethics is because we have different values and prioritize them differently.

So if you take abortion (again, using a charged example to get you feeling the negative reaction to someone disagreeing with your stance), you have people who value the life of the unborn child over the freedom of a woman to terminate it because she has a right to control her own body and it is growing inside it.  These are two values: life (i.e., the right to live) and freedom (i.e., the right to agency over yourself), and they conflict with each other because one person's life is inside another's who'd usually/normally have the right to do whatever she wanted to herself as long as she didn't harm anyone else (barring laws against suicide and hospitalization for those at a high risk of self-harm).  So society has to agree on laws to set around what to do here, and people have very strong opinions.  If you agree with abortion, you protect a woman's freedom but make it legal to destroy human organisms; if you are completely against abortion, you protect every human being's life but have to restrict the freedom of women to remove unwanted growths from inside their bodies and force them to carry a child of rape for 9 months after the crime.

With the above emotionally-charged examples, you can now see why people so vehemently want to change others' beliefs.  These decisions we're making—whether they're about abortion, climate change/global warming, pandemics, taxes, vaccines, religions, human rights, etc.—are literally the life-and-death kind that we make based on our beliefs.  If you believe that abortion is murder, then you believe/conclude that ending it would save over 800,000 lives per year in the US.  If you believe that climate change will end the world in 12 years, then you believe/conclude that we have to force the entire world off fossil fuels over that time period or billions of people will die.  Opponents of those will mention the trauma, crime, and harm of bringing unwanted babies into the world or the millions of people who will die from not being able to heat their homes, drive, or get the resources they need to live without (or with more expensive) fossil fuels.  Both sides of these issues think they're right, and they're adamant in making everyone see things their way given what they think is on the line.

So that's where we are.  To summarize, there are a few main reasons why we believe different things:

Because of that, we will always believe different things.  While it sounds nice to live and let live, allowing people to believe whatever they want, many are clearly tempted to scream at people they disagree with when they think that others' beliefs are harmful to themselves or others.  Yes, there's some satisfaction in being smart/right, but it's what we believe is at stake for being wrong that causes us to get riled up enough to get ornery or even violent about these differences in beliefs.

Previous What Do You Do If You Have No Purpose?
Next Life’s 8 Major Fallacies