Why "Make Your Bed" Is Such a Powerful Message for People 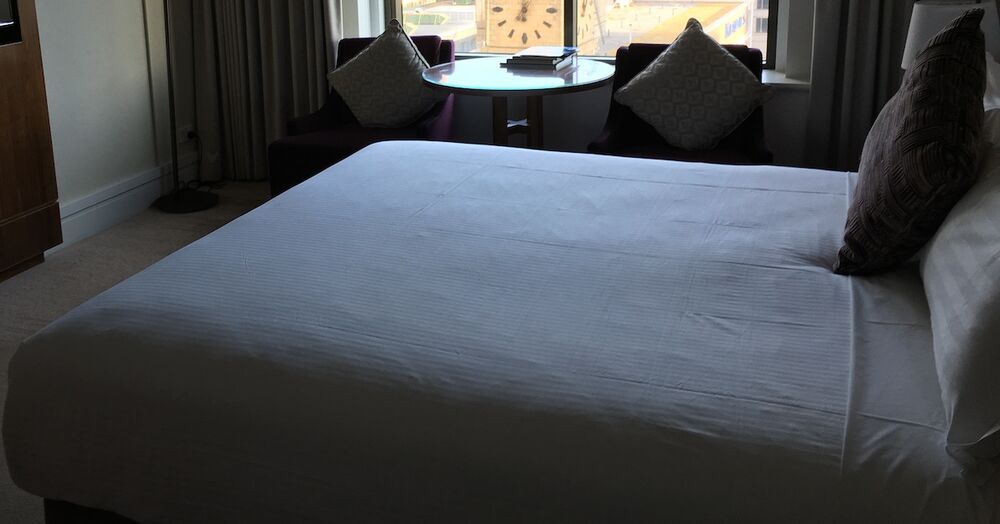 With their pithy-yet-powerful points, Admiral William H. McRaven's advice to "make your bed" and Dr. Jordan B. Peterson's recommendation to "clean your room" are resonating with millions of people.  Why is that?  Well, this return to simple, clear goals that an individual can accomplish to instill a sense of purpose is filling a major hole in the hearts of many in today's society.  To truly understand this trend, we must connect some insights from The Meaning of Life along with recent history and its current impact.

Early humans were able to grow and thrive in ways that are not too dissimilar from what we do today: they created art and music, fell in love and raised families, and invented new technologies.  However, they had many more day-to-day dangers than modern societies have: frequent threats of attack from animals and other humans, rampant disease, and relative scarcity of food, water, and other resources.  Staying alive required great purpose and intention every day: hunt and gather food, build and maintain shelters, and prepare for the next battle or war.  In these times, happiness, self-esteem, and amusement were secondary to safety and survival, and growth was built into every activity because people had to be skilled in various activities to thrive in that environment.

Modern society has changed everything.  Advancements in technology have made it easy to produce food, clothing, shelter, and other basic necessities.  These developments have been great for humanity as a whole, bringing safety and prosperity to billions of people.  The conversation has switched from doing what you have to do to doing what you want to do, and that has had some great consequences for younger generations as they try to find their way in the world.

As parents have more money, time, and safety than ever before, they raise the bar for how they can provide for their children.  The rise of "helicopter" parenting and protecting children from any discomfort have reduced the risk of harm to children to unprecedented degrees, but they have also robbed children of the meaning that comes from contributing to the family and community at an early age.  Instead of being trained to contribute as early as possible, children are exempt from any substantial contribution for up to 26 years as they are taught to sit back and learn while spending the rest of the time hanging out with friends, playing games, or otherwise amusing themselves.  In this environment, school or work is just a "necessary evil" to get to the fun part of life, and no one tells you what to do beyond going to school and fulfilling the most basic of responsibilities.

It's no wonder that, in this culture, the focus for many years in pop psychology and philosophy has been happiness.  After all, we've spent so much time trying to simplify, automate, and bring ease to our lives so we could be happier.  What do we do with that additional time?  We have fun: TV, parties, food, travel, and other forms of entertainment.  Only a small portion who understand the value and pleasure of exerting meaningful effort choose to focus their time volunteering, practicing a hobby, or studying.  While the studies are coming up time and again with the benefit of long-term fulfilling activities vs. short-term pleasurable activities, research cannot overcome the cultural habituation of working as little as possible and spending the rest of the time trying to amuse yourself.

What is a top reason people cite for why they tried drugs, committed petty crimes, or had risky sexual experiences?  Boredom.  The constant pursuit of amusement and pleasure will eventually lead a person to the experiences that will bring the greatest amount of those things.  Drugs artificially spike dopamine levels...sex triggers chemicals such as oxytocin.  The rush of committing a crime, gambling, or participating in dangerous activities is practically unparalleled.  When people are taught this model—i.e., the point of life is to be happy; work is not fun but pleasure is; therefore, minimize work and maximize pleasure—they find themselves constantly chasing the next high but ultimately feeling unfulfilled.

Even people who do not go down that path face another, potentially-as-unfulfilling path: the path of seeing people who did not have the luxuries that they had and then spending their lives complaining about it and petitioning others to "do something" about it.  Fighting for what's right can be a very fulfilling venture, but trying to change the world by screaming at it is usually unsuccessful.  People who agree will cheer you on but do nothing, while people who disagree with you will dig into their beliefs even more.  While the drug addicts are chasing pleasure instead of fulfillment, the sideline commentators will feel good when they state their opinions but not have a meaningful impact.

Given this background, it's no wonder why there is what many people are calling a "crisis of meaning" in today's popular culture.  There are so many people who are either given no responsibility and finding their lives to be unfulfilling, or they are posting their thoughts, activities, and beliefs for Facebook likes without necessarily doing anything of true significance.  As The Meaning of Life outlines, the point of life is to grow through experience in desired areas with enough belief so you make the choice to pursue them ethically and secure support in your attempt.  Emotions are a reflection of how that is all working together—mainly a reflection of whether your desires, beliefs, and experiences are in alignment.  People who are bored are not engaged enough in growth-enabling activities.  People who feel unfulfilled do not believe that the experiences they're having are leading to desired outcomes for themselves and others.  Without an understanding of what drives meaning, they'll be lost forever.

Enter the "make your bed" and "clean your room" messages.  People seeking happiness are initially confused by this: "How is doing more work going to make me happier?"  In the "happiness is the point" model, people often think that work is bad.  In the "growth is the point" model, people understand that these recommendations are practice in achieving desired outcomes in any area of life.  People who make their beds or clean their rooms have accomplished something.  They have defined a "desired" outcome (in these cases, defined as a desirable outcome by Admiral McRaven or Dr. Peterson), determined how to do it properly, executed the task, and succeeded.  By habituating goal-setting and goal-achieving paradigms, people see the fulfillment that comes from this type of activity and begin to balance meaningful work and pleasurable activities.  This transition is what these leaders are facilitating with this advice.

Seeing the value, virtue, and fulfillment in responsibility, millions are flocking to these messages.  In decades past, self-exploration became about self-esteem, happiness, and financial gain.  Those messages were important at the time because so many people were either feeling unhappy while fulfilling the role that society placed on them or looking to rise out of poverty.  Those messages were (and still are) necessary for a great many people.  For a generation that has been given so much to start from, the message needs to focus on taking responsibility, contributing to society with one's skills and talents, and striving to be the best version of oneself.  Given that we are not far from a world where mass automation will reduce the effort required to perform most tasks substantially, the need to instill this mindset into people before humanity experiences a mass crisis of meaning (e.g., increased rates of depression, drug use, crime, suicide) is greater than ever.

Possibly the best part of these messages is that you don't have to change the world tomorrow.  You only have to change yourself.  Your contribution to the world is to make it better, and coasting through life or/while screaming at other people to do things is not going to do that.  It also shows that you don't have to be a superhero and stop a supervillain to make a difference.  Helping an unemployed worker reskill for a new job is just as much of a life-saving activity as pushing him or her out of the way of an oncoming train—without having to take on the life-threatening risk.  It all starts with that first step of developing productive, constructive habits to leave the world just a little bit better off than when you left it.  If you can do that, then you're already on your way to success in your search for fulfillment.