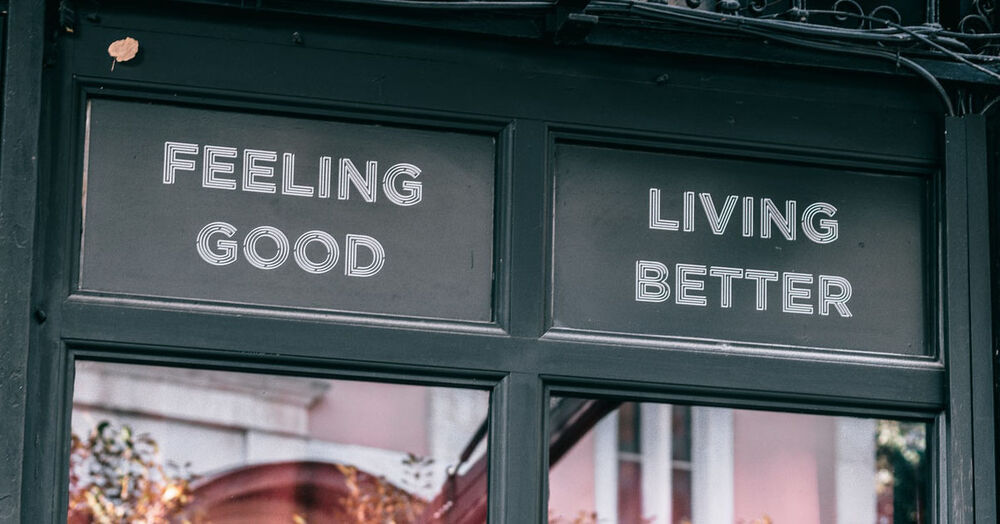 Longing.  We all know the feeling: having a strong desire for something you can’t have.  But do you have to feel that way?  Let’s explore.

I’ve been criticized in the past for stating what is basically common sense—of course, I’ve also had my brushes with people who vehemently oppose my “hot takes” (go figure).  One of those biggest hot takes come with my distaste for how one of the oldest philosophical ideas, The Four Noble Truths, is stated.

In case you are unfamiliar (or just to agree on terms for the familiar), these are the Four Noble Truths translated into English (note: the fact that this is a translation is important later):

Now, my “hot take” is that life is not suffering and, while desire is a component of all suffering (I’ll explain later), it’s not necessarily the case that you need to stop wanting things to end your suffering.

This is one of those “they’re both right” scenarios: clearly, life is more than suffering: birthdays, Thanksgiving dinners, sex, winning the Super Bowl, and holding your child in your arms for the first time are all wonderful things that make life worth living.  So to say that life is suffering and that the path to avoid suffering is to suppress all desire is absolutely ludicrous in my mind.  However, the response is that what the Four Noble Truths actually say are not well translated because there are no English words for “dukkha”, “taṇhā”, “nirodha”, and “manga”.  What is actually being said, according to the retort, is that all life involves suffering, that suffering is caused by attachment (wanting something, not having it, and not being able to let go), that detachment from or release of the craving can reduce the suffering, and success is by taking the path of detaching yourself when you suffer to reduce and eliminate it.  That, of course, is also pretty obvious when put that way.

So, when interpreted at face value, it’s ridiculous; when properly understood, it’s accurate.  So what’s going on?  Well, let’s explain this in terms that are impossible to misinterpret (though it doesn’t have the same mmph that those four short phrases have).

All emotions are the result of three factors in your life:

This is a formula as certain as 2 + 2 = 4.  Everything you feel is from this, whether you’re feeling good while daydreaming, scared at something that is not there, or even if you’re on drugs.  So what are the Four Noble Truths saying?  Well, Noble Truth 2 is simply stating:

Noble Truth 4 is simply stating that learning how to detach at will is the way to avoid suffering.

Is all of the above true?  Yes, it absolutely is (as long as Noble Truth 1 means that live has some suffering and isn’t just suffering like the English translation insinuates).  But, if you looked closely and thought about it, you’ll see my beef with the Four Noble Truths within the formula: there are two other variables you can change other than desire!!!  To focus on the one that motivates you to move forward and, through the English translation, imply that it is the path to a better life (and, because many believe that Buddhism is the path to enlightenment, it implies that it is the path to enlightenment), can be detrimental if misinterpreted.  And that’s my beef.  So let’s look at these again if I were to rewrite the Four Noble Truths in English:

So what are the nuanced differences between my list and theirs?  The following:

Is this a nitpick?  Maybe, but I think it’s worth correcting it because imagine that someone takes the English translation literally and spends their life meditating in a cave.  Is that the right path?  No, it’s not.  Life is meant to be lived, not to be constantly in fear of suffering and, therefore, avoiding it altogether.  And so that’s my beef.

So what how does the title of this post, “Wanting and Feeling Good vs. Wanting and Feeling Bad”, factor into this correction?  Well, if you hadn’t guessed by my point about there being multiple variables, you can want just as much as you did before and change one of the other two things: your beliefs or experiences.  For example, you could stop believing that getting what you want is impossible, and you’ll feel better.  How do you know?  Well, let’s take relationships.  If you’re suffering because you think you’ll never find love, imagine that you knew for a fact that the love of your life was going to come into your experience tomorrow and you were going to live happily ever after.  Would you still be suffering?  Hell no—you’d be ecstatic and getting ready to meet that person.  Now, you might say, “But, Nate, that’s a change in experience—of course the experience will cause it, and it doesn’t matter what you believe.”  Not true; the event has not happened yet!!!  It’s the belief, not the experience that is causing you to go from suffering to feeling ecstatic!

So, how do you end your suffering?  Well, if you lose a game, you can not care about the game (Desire), believe that it was important to your growth as a player (Belief), and win the next game (Experience).  You don’t just have to suppress your desire, and you don’t necessarily have to want something and feel bad when you don’t immediately get it.  In this case, suffering is—after the initial unconscious reaction—a choice.

So if you are suffering in your mind over an even that happened a long time ago, over something that hasn’t happened yet, or over something that is currently happening, you have the power to control three variables, not one, and be happier.  And, by changing the other two factors, you can want something you don’t have and feel bad (e.g., “I’ll never get it.  I’m a failure.) or want something you don’t have and feel good (e.g., “There are better opportunities out there; I’m almost relieved I didn’t get this one!  I can’t wait until that better one comes soon!”).  It’s your choice: do you want to be miserable in your desires or appreciate that you want things in life and the journey toward getting them?

Previous If You Want to Be Happy, Then You Have to Be Happy
Next How to Figure Out What You Want