The Ethics of Honesty and Openness 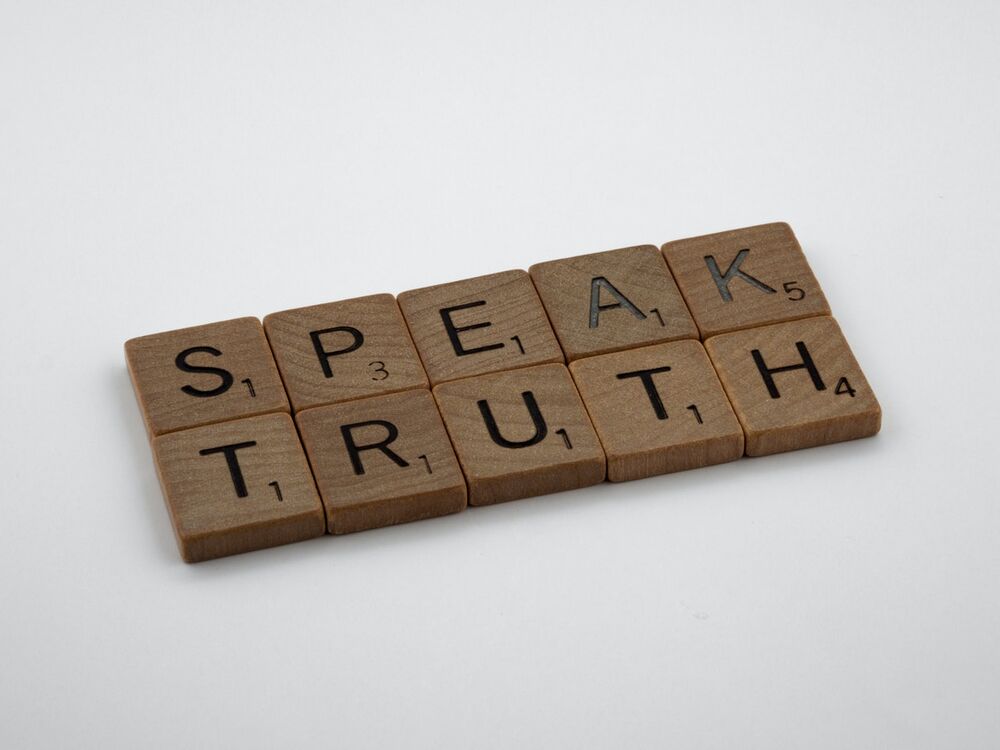 “Honesty is the best policy.”  “Always tell the truth; that way, there’s less to remember.”  Everyone spouts the benefits and importance of honesty.  But is it really ethical to be open and honest all the time?  No, no it’s not.  Let me explain.

There are two factors at play in this: ethics and emotions.  Ethics are rules you follow to minimize harm to others and maximize your own growth in life.  Emotions are feedback as to your relationship toward growth and harm.  Generally speaking, if you behave unethically, someone else will feel bad as a result because of the harm, loss, or limitation that the behavior led to.  In effect, the act, when discovered by others, leads to negative consequences for the actor as punishment for the harm/negative emotions caused.

So is honesty always right?  Absolutely not.  The most obvious example is if you were hiding Jews during the holocaust and Nazi soldiers came to your door and asked you if there were any Jews in your home.  The correct answer to minimize harm, of course, is, “No.”  That is a lie, but it is not morally wrong.  Why not?  Because you are preventing harm and not causing it, of course, but there is another reason: because unethical behavior by someone else allows people to justify unethical behavior toward them.  Deception is reciprocated with deception (i.e., if you were playing a sport and disguising your plays); someone attacking you justifies your fighting back to defend yourself.

In addition to lying to prevent harm, there is one other element where honesty is not always seen to be right: openness.  Ever hear the reply, “TMI,” (Too much information) when you divulge too much about yourself?  Well, there’s a reason: while some things you say, such as talking about a disgusting disease you contracted or about your nasty sexual practices, might be true, that doesn’t necessarily make them appropriate for the situation or desirable by the other party to hear about.  So being open and honest is not always the “best policy” in every situation.

So if there are these two major exceptions (preventing harm or not sharing sensitive information), then why do people think that honesty is a universal ethic?  Well, it works as a general rule because the main reason why people lie is to avoid negative consequences to themselves.  For example, if you break a vase and say the dog did it, your parents will replace it and nothing will happen to you.  But if you are honest, they might punish you and make you pay for it.  So lying has a benefit to you and a negative consequence to others, which is why it is usually immoral to do so.  And for every time that lying would actually be the beneficial thing to do to make someone else feel better, there are likely several times where lying would benefit you at someone else’s expense.

This leaves the tough situations: “White lies” and “Failures to disclose relevant information”.  What are those?

So what’s the right thing to do in those situations?  Well, the “always be honest” ethic would dictate that honesty and openness is always the right approach.  And, indeed, it usually is.  After all, do you want a significant other who won’t love you if they found out about a secret you had?  Would you want to have your significant other wear an unflattering dress to an important event and get judged as a result?  But, in those situations, isn’t is also possible that you could repel a person before they gave you a chance or that you might “be in the dog house” if you were completely honest?  Absolutely.  So what do you do?

Well, the most obvious line is that if you are not being honest to avoid the negative consequences of your own actions and possibly negatively affecting someone else in the process, it’s unethical.  If someone is being unethical or deceptive toward you, then you most likely have a good case for reciprocation—just be careful that you’re not escalating the situation and doing something much more harmful than that person may “deserve” from an objective party.  If there are only positive consequences that benefit another person or a relationship at the time and you might be able to disclose more or be more honest in the future, then it might be the right thing to do to lie or not be completely forthcoming.

Only you can make the right choice regarding how open and honest you are in any given situation.  You have to make the decisions that will lead to the optimal outcome: the one that benefits all parties as much as possible with minimal harm.  It probably is best to lean more toward openness and honesty wherever possible with people you know well and care about, but it might be safer to be less open and honest to a stranger (e.g., your address, phone number, favorite sexual position).  No matter what you do, though, remember that ethics are not as black-and-white in every situation would dictate, but you also have to live with the long-term consequences of your decision—especially if you choose to lie and the truth comes to light from somewhere else later.  Best of luck!

Previous The Value of an Internal Locus of Control
Next Are You a Firefighter or a Dreamer?