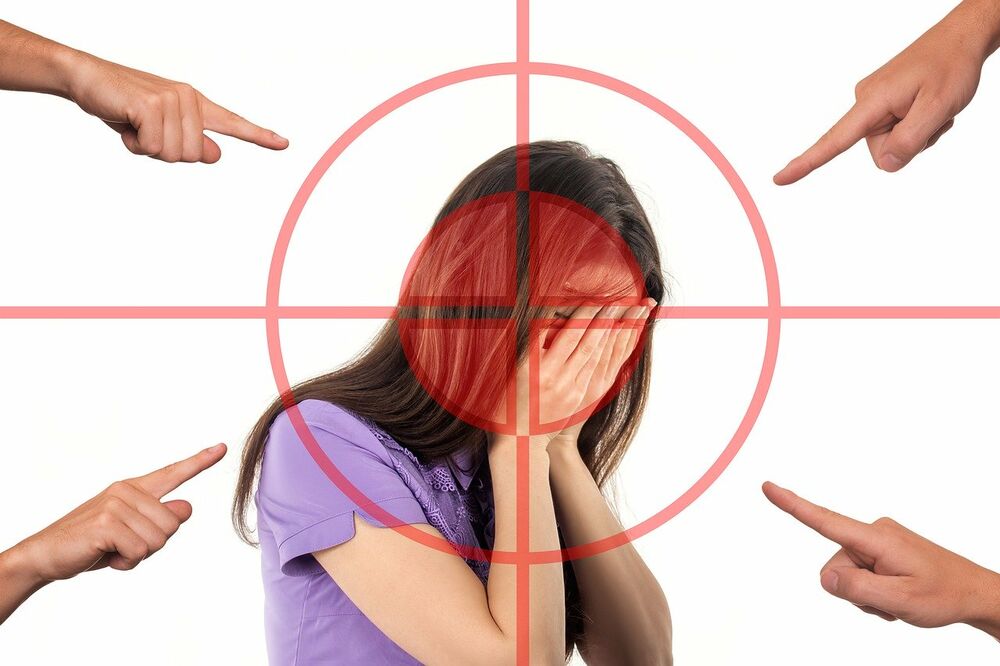 There are plenty of times when you might feel so bad about the world that you might want to blame and hate someone for it.  There are plenty of things to be angry or sad about in the world if you look for them.  When it comes to broad issues without a specific perpetrator, though, you might begin to blame yourself as if you had some part in it.  Maybe you were raised by two loving, wealthy parents.  Maybe your ancestors committed atrocities.  Maybe you survived a tragedy but your family, friends, coworkers, or teammates didn't.  It can be tempting to internalize that blame, pain, and shame when you see others suffering and there's seemingly nothing you can do at the moment.

I'm writing this post to tell you emphatically that you shouldn't do that because it does not solve or help anything.  You can never make yourself sick enough to make someone else well.  You cannot make the world a better place with your guilt, your anger, or even your righteous indignation.  You cannot sacrifice your own well-being trying to solve problems or help people for very long without degrading yourself to the point where you are of no use to anyone anymore.

I know the importance of having someone be there to bring me up instead of them bringing themselves down.  Some background on my family history and my situation growing up:

Without hesitation, I can tell you that the last thing that would have helped me is the pity and self-flagellation of someone better off than me.  Instead, the people who helped me most were the teachers, the role models, and the successful co-workers and employers in my life who gave me hope, opportunity, and guidance on my way toward success.

The only things that benefit people who are less fortunate than you are is kindness, opportunity, and being the best person that you can be.  Your kindness makes others’ lives better, the opportunities you can give to those who want them—teaching, mentoring, job offers, etc.—are invaluable to them, and you can only do those first two things if you are yourself well off.  People who take a vow of poverty actually make themselves less able to help others.  People who get depressed over things they can't do anything about like their family's economic class or uncontrollable events become of no use to anyone as they either squander their lives or do counterproductive things like scream and shout without doing things that would actually be of use to people who would benefit from help.

To that point, the solution that most people run to is wrong.  Demonizing people, “fighting” for things, trying to blame others and get them to change, and feeling guilt are completely the wrong ways to go about improving the world.  For example, I was told that rich people were snobs who didn't care about the poor or working class, and that actually hurt me greatly when I went into the working world and found how nice wealthy people actually are and that I was basically told falsehoods growing up.  I was told to resent people, and as soon as I realized that it was wrong, I completely let it go…and my life was much better for it.

Similarly, no one want to be around mopey people.  If you become mopey, you’ll just lose your good-influence friends and join a bunch of angry, damaged, mopey people who will take you on a cycle of self-destruction.  People get a lot of things wrong when they hate themselves or the world, and it hurts the very people you wish were as well-off as you are.

So please don't feel guilty about how good your life is when someone somewhere in the world is suffering at this very moment.  There are seven billion people in the world, so people are going to be experiencing death, loss, fear, or pain every second of every day.  It doesn't help anyone and literally adds one more person to the list of unhappy people (or more if you affect the people around you).  Instead, worry about how much positive contribution you’re delivering to society.  You could start a business, you could launch a non-profit that supports a cause, or you could volunteer some of your time to helping people…but living your life in misery or organizing groups to complain, demonize others, and express your guilt and dismay is possibly the most selfish and useless thing you can do.  Poor people look at miserable wealthy people and wonder how happy they would be with such advantages.  It’s ironic, actually, that them seeing you feel guilty makes them mad, not happy.

So live your life to the fullest, and don’t cave to your or other people’s desire to bring you down or see you suffer.  It’s the wrong way of thinking.  Working hard to bring yourself and others up is the only way to do it, and you can only be kind and generous if you’re enjoying life and appreciate (vs. resent) what you have.  So work hard, take some downtime for fun and relaxation, rest up, and make your life great so you can contribute the most to society and bring others up with you.

Remember that the inventors of heating and A/C, computers, vaccines, advanced farming techniques, and mass production did as much (or more) for humanity overall than someone living a life of self-sacrifice like Mother Theresa (no disrespect to her wonderful work; just comparing the objective overall impact on humanity in terms of the number of lives directly saved or improved).  All of the above contributions are wonderful, but the former ones highlight the fact that you can build a great life for yourself and help others and don't have to feel like it's a zero-sum game or a trade-off that you have to feel guilty for making.

You can only have the benefit to others that you want if you are at the top of your game, so be the best you can be.  Let go of your guilt for something that you had no control over like the life you were born into or the problems you didn't have to face in your life—the only people who will fault you are ignorant at best and hateful/immoral at worst.