How You Literally Create Your Own Reality 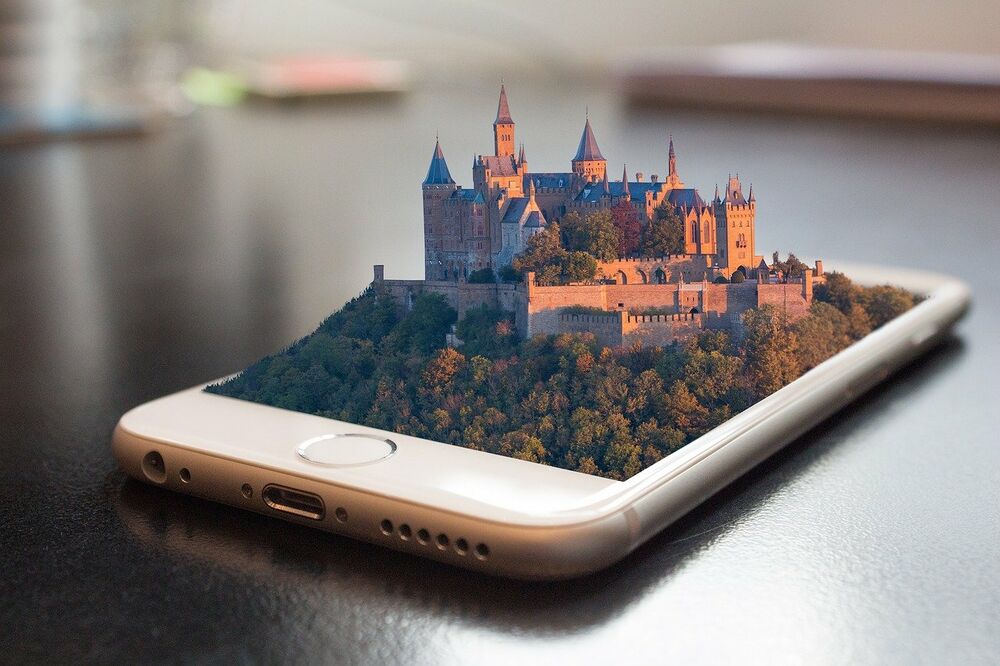 "You have to face reality."  "They live in their own reality."  "I reject your reality and substitute my own."  Reality...We talk a lot about what's real vs. not, but what is it?  What is real, and do you really have to face it?  We're going to analyze this logically and, surprisingly, find that you actually do create your own reality—not in a metaphysical sense (though you are welcome to believe that, I won't cover that here), but in a real, tangible sense.

First, we need to define what we mean by reality.  We're going to use three concepts that people are commonly referring to when they talk about "reality”:

One of the reasons why people have so many arguments about reality is that everyone conflates these definitions.  For example, the reality is that 2+2=4.  The reality is also that we live in a society with a government, laws, jobs, and friends.  Finally, the reality is that you are experiencing events in your life that are making you feel and react in a certain way.  So the same term is used to describe all three concepts.

This is why people start to be confused about what is “real”.  Does the sun exist?  Well, of course it does in objective scientific terms, but if you lived underground and had never seen it, it's not "real" in terms of your experience and perception of it.  Similarly, ghosts are “real” to the people who have seen them even if there has been no definitive, credible scientific evidence of their existence.  Finally, Jaywalking might have a law against it and be real to anyone who honks at violators, but it's not "real" to the person strolling across the street outside of a crosswalk.  So, what is “real” starts to become confusing if multiple parties are using different definitions.

This is where things get really (pun intended) strange.  Does God exist?  Well, in the scientific, physical universe sense, no.  God is a non-physical being, and so deities are not "real" in that sense.  However, in terms of individual perceptions, social norms, and non-physical perception of it, God definitely does exist.  So, like Schrödinger's Cat, God can exist and not exist at the same time depending on a definition that may or may not be applied at the moment in a conversation between a theist and an atheist.

So, what is real, what is reality, and what is our ability to influence it?  Well, you’ve got different answers to that based on the three above definitions:

So, given the above, what is our relationship to reality?  Well, you don’t create the physical universe—that’s already there.  However, you can control yourself, and so if you understand the physical universe, you can change your behavior accordingly.  If you want warmer weather, you don't have to control the Earth's orbit around the sun; you can can move yourself closer to the equator.  If you don't want the financial hardship associated with an earthquake, you can purchase insurance.  If you don't like rain, you can buy an umbrella.  Your long-term reality, then, is within your control to influence even though you cannot change the laws of physics.

You also didn't invent all the social norms, laws, standards, etc. that make up your reality in this society.  However, you’re welcome to move to a location where like-minded individuals established rules or laws that you prefer.  You can also run for office to set laws that you think are best.  You can dress outside the norm, build a house that’s never been built before, create new music that has never existed, and set new world records in human-established contests.  Again, while this reality might be out of your control today, you have a lot of influence what you ultimately choose to follow in this arena and how much you choose to deviate from them.

Finally, you have the most control over your attention, perception, experiences, and reaction to the point where most of how your life unfolds will be due to your thoughts, decisions, and actions.  You can move to where you want, buy property, and set up your own little world where everything is just as you want it.  You choose what clothes you wear, how you live, what you do with your time, what job you have, etc.  This can be almost completely your doing.  You don’t really have to experience much that you don’t want to other than some basic maintenance and chores.  For the things you have to deal with (which isn't much), you can learn to enjoy them and then control your own attitude and emotions toward them.

Add it all up, and the reality you experience today is almost entirely up to you to decide.  Yes, you didn't control where you were born, your genetics, your native language, and a variety of other factors.  But as soon as you learn about the world and then learn your preferences, you have control over yourself to make your life how you want it from there.  Do you not like yard work?  Hire a gardener.  Do you not like your job?  Get a different one.  Do you not like your significant other?  You don't have to be with him or her.  Do you not like where you live?  Move.  Do you not like glasses?  Look into laser eye surgery.  The world is full of examples of people who did not like their current reality and so created a future reality sans those things.

That's the crazy thing about reality: even if you didn't do anything to create your current reality, everything you choose to do today will create your future reality.  That might be the most empowering realization you'll ever have.  The only other one that people credit more is the realization that makes them believe that they can make those changes (e.g., God is helping them, the universe will provide what they need, that they need faith in their family, friends, etc. to help them).  When you have the understanding that you have the power and the faith that it is possible for you to make that change, you are truly unstoppable.

So, accept and try to exploit or work around physical reality, work with your society to set the rules that are best for everyone while doing what you want on your own, and do what’s in your control (e.g., focus your attention, make decisions and take actions) to create a reality that you want to live in.  If you do those three things, you will literally create your own future reality that is much better than your current reality.  Since that growth from the current state to the future state is the whole point of life, you'll have found your meaning in life in the process.  Your life will be awesome...and you'll have yourself (and those who helped you) to thank for it.  So quit accepting a reality due to chance or others' influence and start creating your own!

Previous The Origin of Life and the Meaning of Life
Next What Are People REALLY Searching for?