Don't Wait for Conditions to Improve to Begin Your Journey 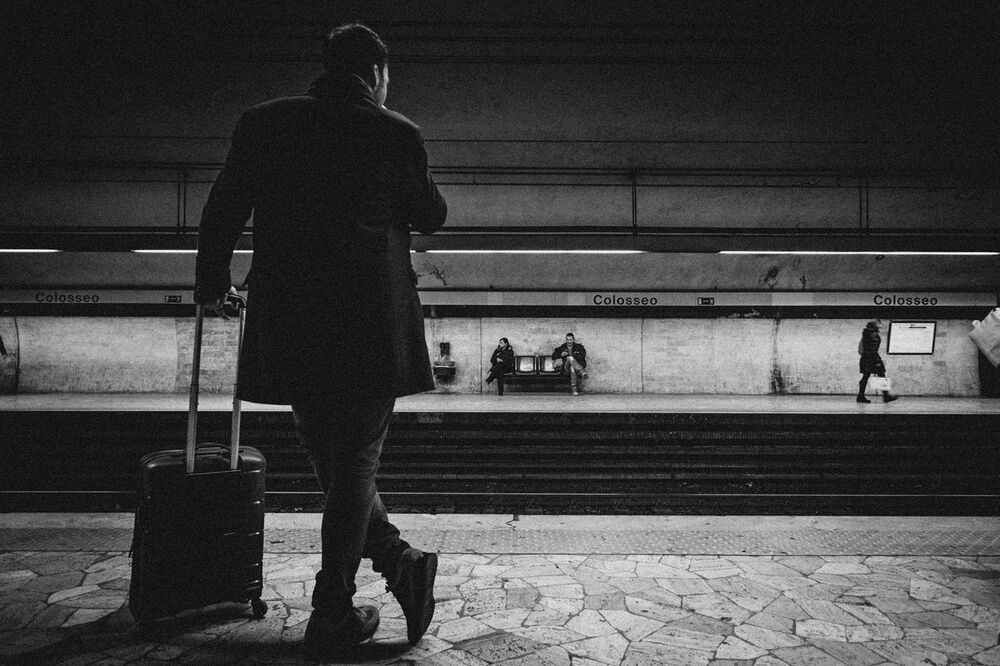 In my blog post a few weeks ago, “If You Want to Be Happy, Then You Have to Be Happy”, I spoke about how if you wait for things to be better before you’re happy, then you are making yourself miserable now for a future that either will come (and you’ll have been miserable for no reason up until then) or will never come (and you’ll always be miserable).  Here, we’re going to apply that same idea to making progress in life, as many people wait for things to change before they decide to act.  Let’s explore.

The first two excuses should be acknowledged as legitimate reasons, but the latter two are excuses that are holding you back.  Let’s evaluate each to see which one you are facing in your life.

An example of the first one is, “As soon as I get my next paycheck, I’ll sign up for that course.”  This is a legitimate reason to wait, as you have a plan in place and just need to earn the money before you decide to sign up.  Very fiscally responsible, and very acceptable pace toward your goals.  An example of the second is that you can’t win “World’s Tallest Man” because you are, well, not the world’s tallest man.  There’s nothing you can do about that, so the only thing you should do is stop talking about that because it’s unproductive/counterproductive to be upset over things you can’t control.

So that leaves us with the other two.  “I’d work out if only I wasn’t so busy.”  This excuse is as old as time and has been bull**** for just about as long.  Everyone is busy—heck, being busy is easy.  Simply choose to do something, and you’re busy doing that thing.  Commit to a lot of things involving others, and now you’re busy in a way that gives you a socially acceptable excuse to get out of things you don’t want to do. Congratulations, you’ve just given yourself an excuse not to do something because you don’t really want to do it and just say you do because you wish you had the outcome from it without the effort.

Now, for the last one: “I’d go back to school if only I had the time.”  You could make time to do this: there are online courses; you could go to school on weekends; or you can go to night school.  You are likely scared that you will fail, scared that you might not have the money in the future to finish, or worried that you’ll have to miss things like your children’s extracurricular activities.  Are your fears legitimate?  Well, all fears are legitimate if you feel them, but that doesn’t mean that they’re accurate or best for you.

So the latter two are more a reflection of your desires and beliefs than they are your reality.  You either say you want something because it’s socially acceptable or desirable, but you don’t really want to do it, or you believe that something is holding you back and so you don’t want to bother putting in the time or effort to pursue it.  In either case, you need desire + belief to be motivated to do something, and you’re missing one of the two.

It is very true that you might say that and your desire and belief aren’t high enough because literally everything else in your life has a high desire and belief factor to it: you love your children, your spouse, your family, etc., and so you would like to do the other things but are all stocked up on things to motivate you to spend 24/7 on them at this time.  No doubt.  But if you are waiting for money with no plan on getting it, waiting on the world to change when you know it won’t, or waiting for no reason other than fear or the fact that you don’t have the thing before you go get the thing, then you are just kidding yourself.

My favorite example of this came from my mother years ago when I was trying to get her to go to the gym with me.  “I want to lose weight before I go.”  WHAT THE HECK?!?!?!?!  I could not even comprehend this comment.  If you want to lose weight, you have to go to the gym (or at least eat better).  I get it: there was insecurity there at going to a place to exercise where fit people will be and so she was worried they’d judge her.  But this was just a straight combination of the latter two excuses and not a reflection of reality: she had no weight loss plan, wasn’t changing her diet, and was worried about being judged (which was not true; many people at the gym go out of their way to be encouraging to out-of-shape people for being there).

But now let’s talk about the point that is the title of this blog post: you can’t get there if you never start.  For one, the law of cause and effect kicks in here: you have to do something before you get the outcome; you can’t reverse it and only do the thing if you get the outcome first.  You can see this everywhere, such as in business where restaurants and stores will let you have the product first before they charge you for it.  They know if they said, “Give me the money, and then I’ll think about giving you the goods,” they’d get a fraction of the business they do.

When you do this, one of two things will happen:

In two of the three cases, you’ll stop saying, “I’d do _______ if only _______.”  You’ll either be doing it or you’ll decide it’s not for you.  In the last case, you might accept it and still have that regret, but there is a possibility that you’ll end up saying, “I tried and ran into _______.  Any ideas how I can proceed?” and switch from feeling helpless to finding solutions.

Ultimately, it’s your choice.  You can choose to wait, choose to look for options, choose to proceed, or choose to make excuses with no intention of ever moving forward.  I can’t make that choice for you, but I can call you out on your BS and help you set yourself right so you don’t have regrets later in life.  Best of luck, and I hope you do whatever you have to do to go on that next great adventure.