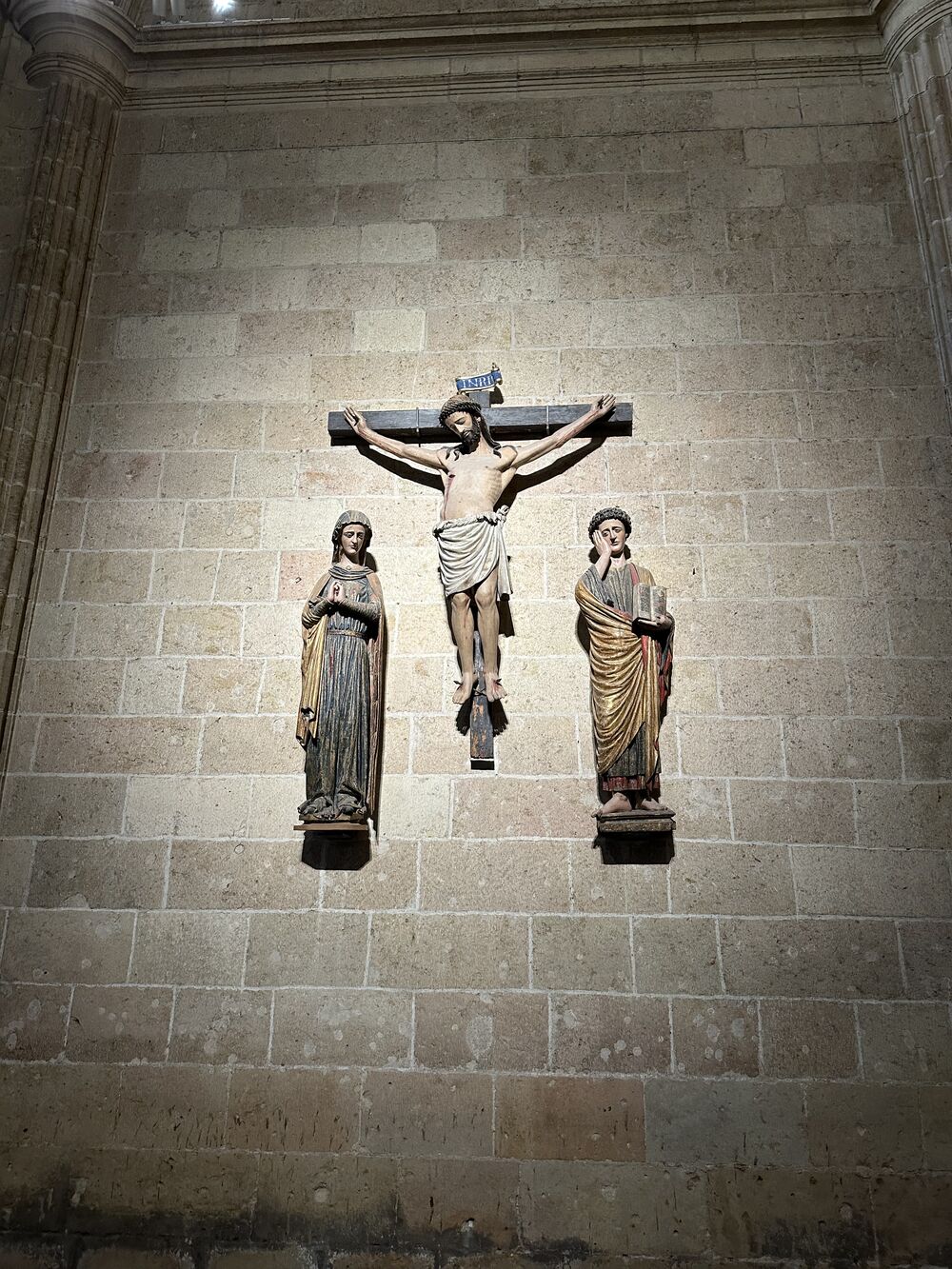 Religion is a difficult subject because of how it is tied to deeply held beliefs of the individual. Additionally, most people who analyze it are either making a case one way or another or are providing some sort of critique. (Note: I found this out the hard way for when I wrote that God was a great source of belief when someone doesn’t believe in themselves and someone took it as a criticism and not simply a neutral statement of how a human acquires and maintains faith) This post is not for any of that; I simply want to explain the role of religion and what aspects of it are necessary for human existence as well as their sense of meaning, purpose, and happiness/fulfillment in life.

In this context, we are simply going to define religion as a belief system that people assume to understand their reality (i.e., the world around them) and their position within it (e.g., their sense of self, how they fit, what they should do with their lives). This post will not be going into the history of any specific religion and the intentions of their creators or leaders. Given that definition, let’s look at the two components there: explaining the universe and an individual’s role within it.

Starting with how the universe works, all living organisms need to understand the world around them to optimize their decision making and action taking for the purposes of successful growth. Understanding how gravity works, for example, allows a person to optimally throw a spear to kill an animal to eat for food that evening. Believing that a lion might be hiding behind a bush is a good belief if it keeps a person from dying. These beliefs about reality will make or break you, so it’s important to get as much information as possible about how everything works so that you can master your life.

But there are a lot of things that humans do not understand—and, historically, a lot of things that they did not understand. There are core questions like where do we come from and where do we go when we die as well as classic questions that science subsequently answered like where the rain came from and what stars are in the sky.  Atheists call this the “god of the gaps” to point out how the need of “God” as an explanation for how the world works decreases as more and more about reality can be explained by science, whereas theists will reply back that if God created the universe then explaining how it works doesn’t change how amazing His creation is. Regardless of what is true, there is no doubt that belief systems, including religion and science, are formed to explain the world.

Note that this explanation of how the world works also includes social norms, which are not unchangeable reality like physics but are “reality” in the sense that most people act as if they are true. The core component of this is ethics, which are rules for acceptable behavior in relation to other people. Effectively, rules such as don’t hurt people or steal from them are fundamental ethics to follow to keep social order and ensure cooperation within society. Unlike how the world works, science cannot necessarily perfectly explain optimal ethics, as there are very complex situations like taxes (i.e., taking money from people by government force for a stated societal good) and war (e.g., is it ever okay to initiate force?) that people will debate over for all time. So religion offers a set of fundamental ethics, such as The Ten Commandments, where rules such as “Thou shalt not kill” and “Thou shalt not steal” offer an ethical framework to follow where society would generally be better off if everyone adhered to them. So an understanding of how the world works and how to operate optimally within it are strong components of religions.

So let’s look at the other factor: how an individual fits within the world. This can be as broad as his or her purpose in life or as narrow as what he or she is supposed to be doing every day to be considered a good person. At this altitude, religion can provide community, connections, a sense of belonging, a sense of purpose, and a clear recommended list of things to do and not do to live a good life. This can really be beneficial to people who are lost, confused, or searching for answers, though it does have its risks in cases of killing others over differing beliefs. Many religions recommend service to others, love, and family as core values, all of which lead to someone feeling better about the world and their role in it.

Okay, so now that we’ve discussed the components of religion, we can talk about whether it is necessary. Well, religion technically is not absolutely necessary, as shown from the many atheists in the world who live their lives similarly to believers, but the components that we defined above are necessary for someone to feel like they understand the world and their role in it. Everyone needs a belief system; everyone has an ethical code; and everyone has a sense of self, meaning, and fit within the world (even if it’s a sense that they don’t have it).

Here’s why this is important to note: as theists are quick to point out, people who have abandoned formal, organized religion have found it in new forms, such as political movements. Many scholars have noted the similarities between classic religions and modern political causes, such as seeking purity, shunning disbelievers, and adhering to strict doctrine. The reason why it’s important to understand the criticality of these components is to have them fulfilled in a healthy fashion and not being thrust upon you by charismatic leaders who recruit you to their cause. In other words, there are plenty of people who consider themselves to be non-religious and yet have adopted religion-like belief systems through other avenues.

So, what do people need? They need an understanding of the world around them and how they fit into it. Do they exactly need religion? Not necessarily, but they need something that fulfills these needs. How you fill them is up to you, but note that you do, in fact, need them to feel like you understand what you are to do in this life.

One final, possibly most important note about the needs that belief systems satisfy: the need for a positive outlook on the future. In essence, it can’t just be that they understand the world and their role but that the world and their role can (and, hopefully, will) get better over time. As growth is the desired outcome of all life on Earth and growth is transitioning from a current state to a better future state, the belief that positive future outcomes are possible is necessary for someone to feel good about their lives. In the two methods stated above, religion provides a promise of a better future and an eternally positive afterlife, while the political movements provide the promise of a “saved” world if you only do things like move to renewable energy, refrain from consuming animal products, or give higher-paying jobs to certain demographics. In either example, the belief in the potential for a positive future outcome is necessary to one’s worldview.

Ironically, even nihilists and fatalists exhibit the need for this worldview—since their futures are bleak, they seek the positive outcome in the form of gratification as early and often as possible. In other words, if the future is not optimistic, then they should just make the most of their time now through as much pleasure as possible. Yes, this is technically “hacking” the emotional feedback mechanism that humans have to reward growth-enabling behaviors and discourage harmful ones, but it still is optimizing for the most benefit—it’s just that the only benefit to be had is now since the future is bleak in that worldview.

There is a word for the belief in the potential for a positive outcome without or despite evidence: faith. Religion is arguably the greatest source of faith for one simple reason: if there is an all-powerful being that can make things better at any time, then your faith should never waver. Alternatively, your faith can disappear at a moment’s notice if it’s based on whether your political party gets elected or you don’t make any mistakes in your life. That’s why faith is usually much more powerful in the religious: they can hold that faith in the worst of times because of those beliefs. And since faith (religious or non-religious) is a necessary part of feeling good about your life and your future, religion can be very helpful in that regard.