The Implications of Not Knowing What Happens When You Die 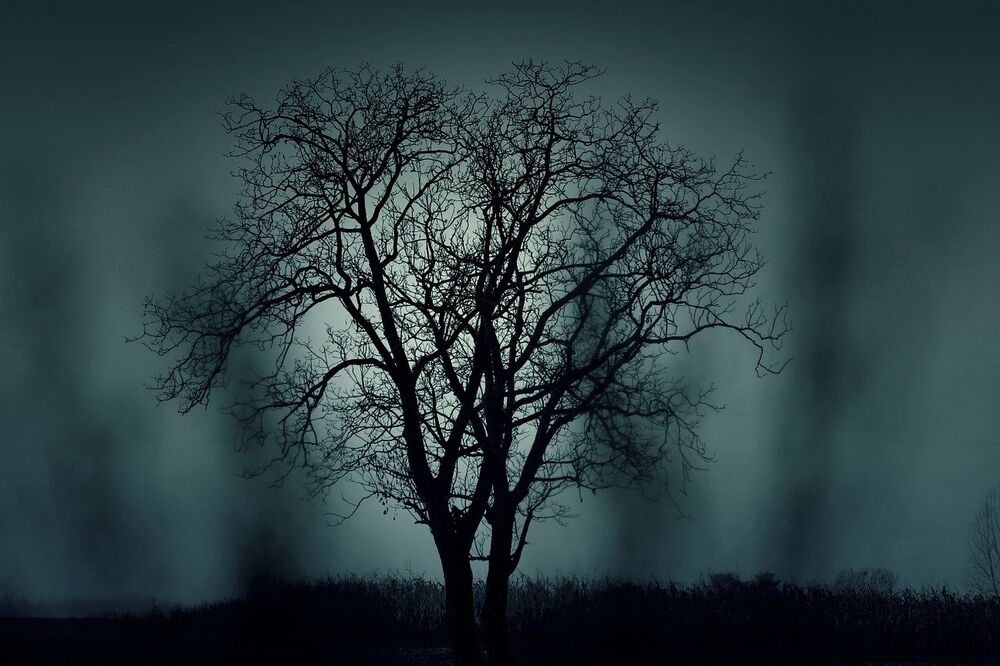 What happens when we die?  No one can know in a scientifically provable way because science cannot study anything outside the physical universe.  However, have you ever pondered the options and how they might all lead you to the same conclusion—rendering the answer irrelevant?  Let's take a look.

There are two possibilities for death that are commonly considered: either you die and that’s it…or you transition into some non-physical form.  Yes, there are derivations of the latter such as reincarnation and eternal damnation in hell, but we are going to keep those variations all within the same category for simplicity.

If you die and that’s it, then all that happens is a sudden stopping of consciousness and there’s nothing to know.  You have no thoughts or senses after death, so there’s no way of perceiving and nothing to perceive or comprehend.

If you do transition into some non-physical form, then it is likely that you would be returning from whence you came.  The two most common spiritual forms of this are either a source of non-physical energy or Heaven.  Now, there's only one deviation from this that matters for this post: the possibility of Hell.  In other words, you would go to a place to be judged and damned for all eternity if you weren't moral in your life.  Let's put this aside for now and bring it back in a few moments.

Taking the most common two options of "nothing" and "back to a non-physical source", the implications of these answers for you change very little practically speaking: you are here on Earth with the purpose of living this life experience.  In the former option, you are here because you are here, so you just grow as much as you can until you die.  In the latter option, the point is still to grow as much as you can until you die, but you will continue to grow afterwards.  While that last part is a huge difference, the implications of that difference for this existence that we are aware of is minimal.

The interesting question here is why you don't know where you came from or where you're going if you came from a non-physical place and are taking a short trip to the physical world.  There might be a cool answer a la Quantum Leap where your memory gets erased (in Quantum Leap, it was "swiss-cheesed") and so it's physically impossible for you to have knowledge of non-physical because of this transition, but it's also possible that the non-physical version of you chose not to remember.  If you think about it, how hard is it to be present on your vacation if your mind was stuck back at work or at school the whole time?  Alternatively, notice how much more fun a movie, game, or other activity is while you’re fully engaged than when you’re thinking about the homework assignment/work project you have going on right now.  If you’ve ever wished you could turn your brain off so you could enjoy the moment, then maybe you know what you might have chosen to do before you came here: since you came here to have this life experience, you decided not to be burdened with extra knowledge that your non-physical self would have accumulated over what would have to be a long period of time to enjoy this moment in this world.

Yes, there are other options.  It is possible as per many religious beliefs that you don’t remember so your morality could be tested as well (we’ll talk about this in a moment).  It’s possible, as we mentioned earlier, that there is nothing to remember.  But, in any case, you are here to live and grow and thrive as much as possible.

So, you don’t know where you came from, and you don’t know where you’re going.  What’s the ultimate implication of the latter?  Well, there are only two things that people really use their guess as to the afterlife for: their goal/purpose, and their morality.  In other words, they use it to answer the questions, “What should I be doing with my life?” and, “How should I be living my life?”  Given the two options we’ve discussed, the former option (nothing happens when you die) has no implications for how you live your life now—other than maybe a sense of urgency to get everything you want in now.  The latter option would simply make sure that they fit in certain goals and ethics into their life paths: maybe they make sure to help the needy, go to church, get married, stay faithful to their spouses, or conduct certain rituals.

Now, those may seem like huge differences—and they can be—but it is also interesting how few differences there are.  You are likely not going to go around killing people if there’s nothing after you die and only hold yourself back because you think that a deity will punish you.  Morality, social pressure, and laws do a much better job of influencing your overall ethics than the implications of the existence of an afterlife.  You are also more likely to abandon a belief system if it strongly inhibits your goals or differs in ethics, as we’ve seen countless time from people who abandon their faith when their those goals or beliefs conflict with their personal journeys enough to cause them to choose one over the other.  Because no matter how much influence the afterlife might have on your life here, the biggest influencing factors are still your own goals, desires, beliefs/ethics, and emotions and your environment.

Other than those and maybe a few other behavioral changes, the rest of your life will be largely identical either way.  The risk, then, is that many people have all the tools they need to make this life interesting and fulfilling right now and yet overemphasize the influence that these restrictions or requirements would have on what they do in their lives.  Because there’s not much of a difference in the majority of behaviors of people who believe in either option, what happens beyond death should not be the sole determinant of what you do here.  If there’s nothing after this life, there’s nothing to know and it should have no influence on you; if there is a non-physical self, you will largely live the same life with a few added restrictions—and possibly no intentional added restrictions if you have been intentionally blocked from knowing for the sole purpose of focusing on this life experience and not to test your morality.

Now, the big influence of the possible afterlife is whether there is a reward or punishment for what you do in this life.  As humans, most of our future behaviors are controlled by the consequences of our past ones.  If you wish to invoke Pascal’s Wager (i.e., to behave as if there’s an afterlife solely to mitigate the risk of being punished if there is one and you “failed the test”), then you can just identify the ethical and goal-related adjustments (i.e., like we went through above) that the belief system you wish to follow requires and then follow them.  The only time that there is ever an issue with what you have to do to get that reward in the afterlife is when the group associated with your belief system asks you to do something that you don’t want to do or it tells you not to do something that you want to do.  For that, all you have to do is determine whether making that concession (and the compromising of your personal desires or ethics) is worth the group’s approval.

Outside of the ethics and goals specific to a belief system, the rest is for you to choose.  You choose your own direction and what ethics you follow.  There are near-universal ethics, such as fairness, reciprocity, and minimal harm, that can guide you, and of course there are laws and cultural norms to guide you as well.  You carve your own path and decide whether to let other factors affect them or not.

Is that all there is to it?  Well, there is one final requirement that people might mention: belief/faith.  For example, there is the idea that you can still have a good afterlife even with poor ethics if you believe and repent.  While no one can determine what “real” vs. “fake” belief is, the best behavioral requirements to meet that criterion is to appreciate your life (i.e., possibly directing it toward a non-physical entity) and believe that positive things will happen in your life regardless of the evidence before you.  The faith-based requirements are usually that you believe the deity exists, that you thank it for your life, and that you believe that it is helping you going forward.  If you don’t harm others, help others when you can, show gratitude for your life and what’s in it, and believe in positive future outcomes, you effectively satisfy the faith-based requirements and most of the ethical requirements that many people claim exist for the afterlife.

Whether nothing happens or eternity happens when you die, you don’t need to understand the afterlife to live your life to the fullest.  It’s about being here that counts and carving your own purpose.  The main implication of not knowing what happens for certain is that you can stop worrying about it and focus on the here and now.  Like a bad childhood, that knowledge might actually make your ability to experience your present and future worse, not better.  Whether you want to incorporate some religious components into it to prepare for one of the possibilities is up to you, but you can live a fulfilling life regardless.

If it really matters to you, you can keep pondering it, but if you’re just curious for pragmatic reasons, the list above should give you a shortcut to determining how you might wish to alter your behavior based on what you think the answer is.  Outside of those adjustments, it has little to no impact on your life.  If you’re uncertain and want to find the optimal balance, you should live as if there will be no eternity yet behave as ethically as if there will be one.  That way, you will do what you truly want to do with your life but have no regrets about harming anyone else.

Previous Do You Need to Analyze the Nature of Your Existence to Find Your Purpose in Life?
Next Inject Your Life with Meaning with One Simple Act